Last night my husband and I were awoken by yet another storm pounding on what currently passes for a roof around here.  After a few minutes of staring at the ceiling thinking about the gutters, the bridge, the foundation, the tarped roof, the barn, the trees and the newly sand-mortared patio amongst other night terrors, he mumbled “Do you remember when we used to love thunderstorms?” 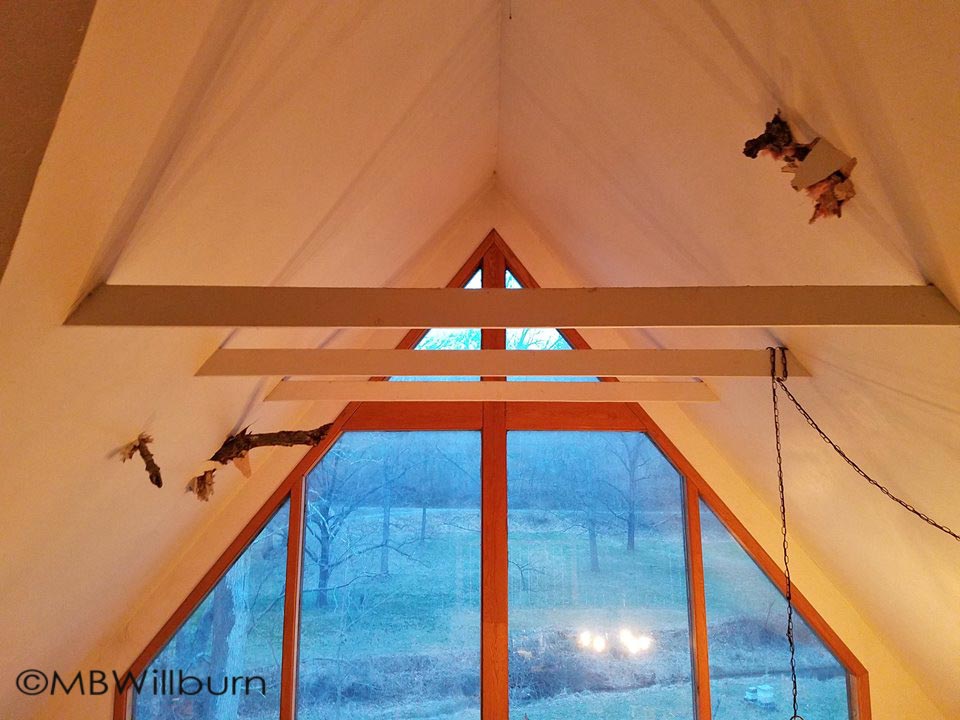 Yes, indeed I do. And I’m pretty sure we were renting at the time.  In those days, the rasping of a tree scraping against the roof meant nothing more than a spooky sound. Gutters were ignored if you couldn’t reach them with a six foot ladder. A torrent of water rushing down the street didn’t make me run to the hardware store for sandbags, but to my desk to pen a few lines on the awe-inspiring power of Nature.

I think we even had an ill-advised party on the deck during a hurricane warning once.  It turned out quite well. We served iced Hurricanes in celebration of our adolescent stupidity.

Boy I miss those days.

Storms play a different role in my life now.  To be nestled deep in a cool stream valley might be fabulous in a humid climate 360 days of the year, but there are usually 3-5 that convince you you’re living in a remote section of the African bush, minus the elephants and civil uprisings.  And certainly I have had more than one moment when I helplessly watched water running from all directions toward the river and thought of Farah in Out of Africa telling Karen, “This water must go home to Mombasa.”

The Chesapeake Bay wants its water back just as badly. 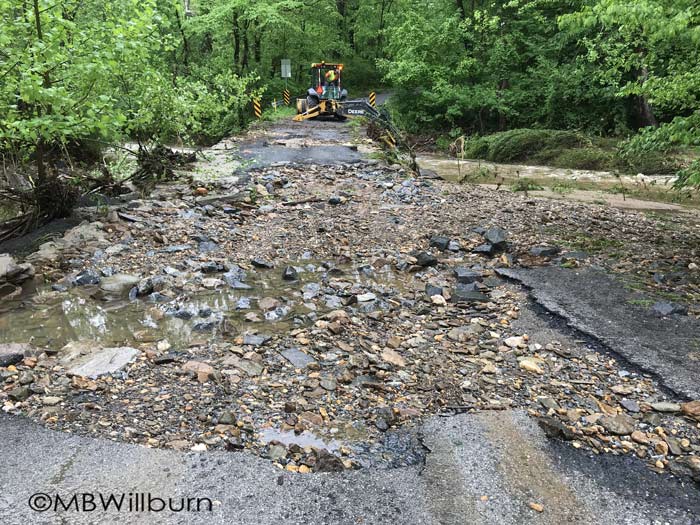 And this is why Land Cruisers work just as well in Lovettsville as they do in Africa.

Here, preparations for storms this season have been inadequate, as they are almost always thought of during the storms, and not before, in the way that the word ‘preparations’ might suggest.  I may have a fully stocked liquor cabinet and a pantry that would make a Walking Dead survivor weep, but are my gutters cleaned of leaves and muck? The sound of water hitting the pavement six inches shy of the water barrel at three in the morning clearly answers that question in the negative.

But storms give us the opportunity to assess our property’s weaknesses, and in stronger moments, correct them.  And we have had a few stronger moments in our last five years here at Oldmeadow.

There may still be water standing in that meadow, but it is no longer standing in the chicken coop, thanks to a better grading system.  We’ve taken down eleven full-size house-shadowing trees to date. My husband has re-mortared the riverbank walls near the bridge and they are no longer falling into the river. The bridge will be next, for it must withstand the medieval battering ram of uprooted trees coming feet first down a raging river. 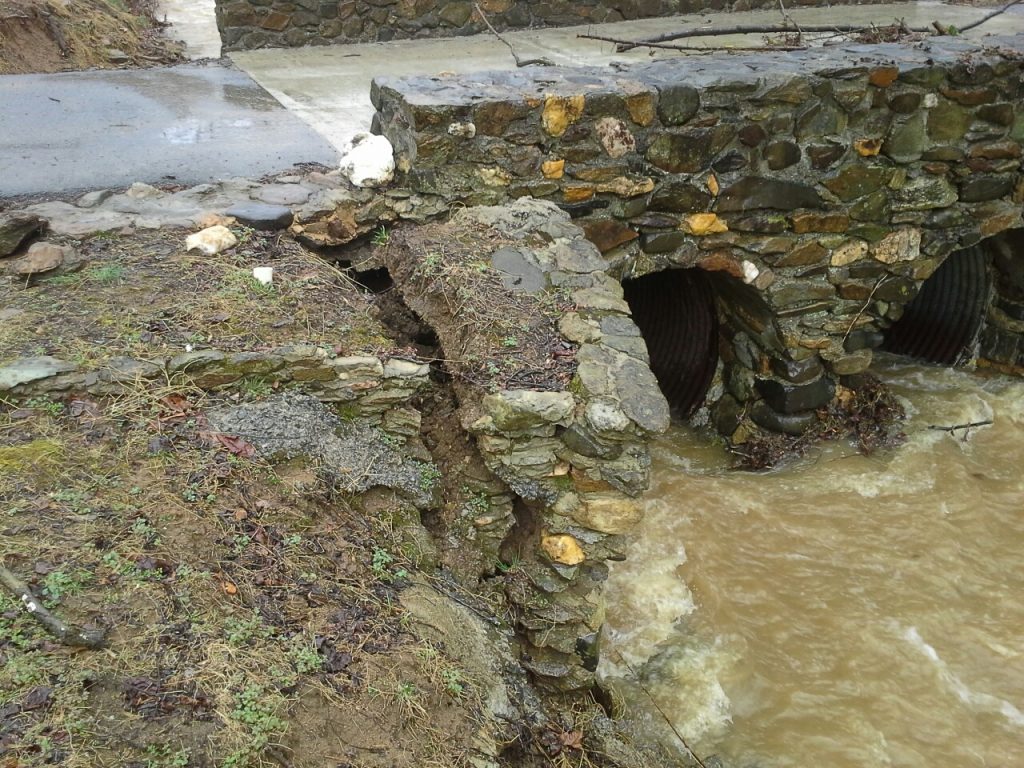 One of the first things we had to face was repairing the bank wall shearing off into the creek after several big storms.

And as it turns out my sharp four-inch bed edgings make surprisingly good aqueducts. At least for the first 120 feet, after which all becomes mush and mud and dreams of French drains (and a French exchange student to lay them).

Storms give us the opportunity to assess our property’s weaknesses, and in stronger moments, correct them.

As for our roof – I live in hope that the Blue Tarp of ’18 will soon be a distant memory and the rest of the undersized gutters replaced along with it. We may even splash out on an gutter guard for those it takes a crane to reach.  What does my daughter need with money for college when there are trade show impulse-buys to install?

No doubt after these weeks of water you are thinking similarly – unless of course you spent it having ill-advised deck parties with the Young, the Fresh and the Renting (also known as ‘The Envied’).  There were a terrible amount of gardens flattened, more than a few spring dream projects postponed indefinitely, and quite probably, a new ‘normal’ established on gravel roads throughout several counties.

But it is my sincere hope that you were able to take the opportunity to assess what you can change and pray for the serenity to accept that which you can’t.  Sometimes the fixes aren’t easy – or even possible.  Try as I might I just cannot move this lovely stream valley high on the top of a hill with city maintained streets.  But I can install a metal drain that will prevent two yards of roadbase from flowing down my driveway and covering my daylilies.

It will take time and I’ll try to have patience.

Slowly, slowly. Or as they say in Swahili, polepole.  Water will have its way.

A version of this article first appeared in The Frederick News Post and is reprinted here with kind permission.