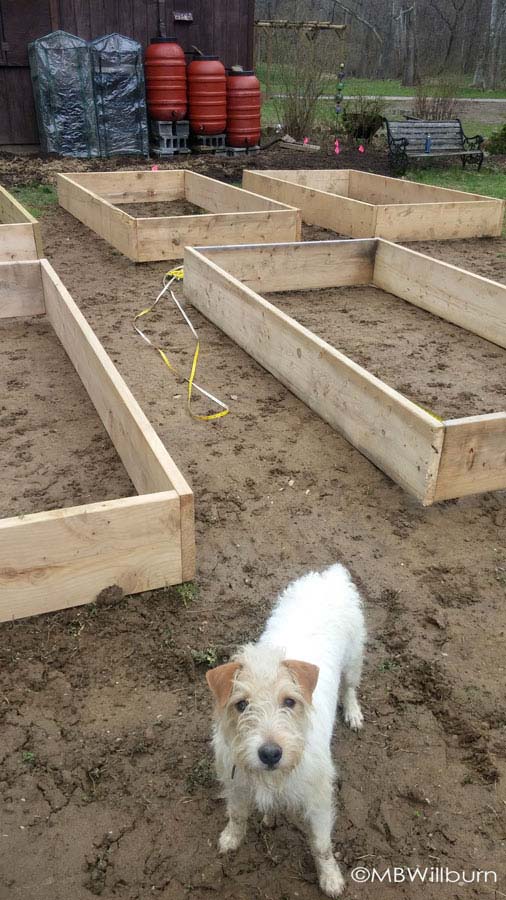 I have been in a discussion this week with a friend who has just bought a new (old) house and is about to claim a bit of the brushy, overgrown seven acres for a small vegetable garden.

The conversation began with matters of tilling: Did I have phone numbers of people who could come over with attached machinery and give him rich tilth where before grew Johnson grass and teasel?

I couldn’t in good conscience encourage such reckless thoughts. In a field left fallow for years, a spring spin with the tiller absolutely guaranteed the zombie resuscitation of millions of dormant weed seeds. It meant chopping up stoloniferous perennial weeds for mass division and then trying to draw the line between wicked and wanted during an intense Mid-Atlantic growing season.

It meant killing himself with the ‘how’ only to see the ‘why’ wolfed down by a horde of indigenous creatures who had become quite comfortable with the lack of a resident gardener.

My friend already has his hands full. He’s a stay-at-home father of four with part-time jobs outside the home, and a list of work to be done to and for the new house that makes my back hurt thinking about it. But he also has a gardener’s heart, and a chef’s desire for fresh, organic vegetables and fruit.

My job – as I saw it – was to convince him why raised beds made sense, and weren’t just another way of spending money during the terrifying wallet-hemorrhage also referred to as ‘moving’.

No Really – It’s a Smart Move

I understood his hesitance – I myself have repeatedly rushed headlong into the romance of too-big gardens in wild areas only to wish I’d stuck with something smaller and more manageable by June. 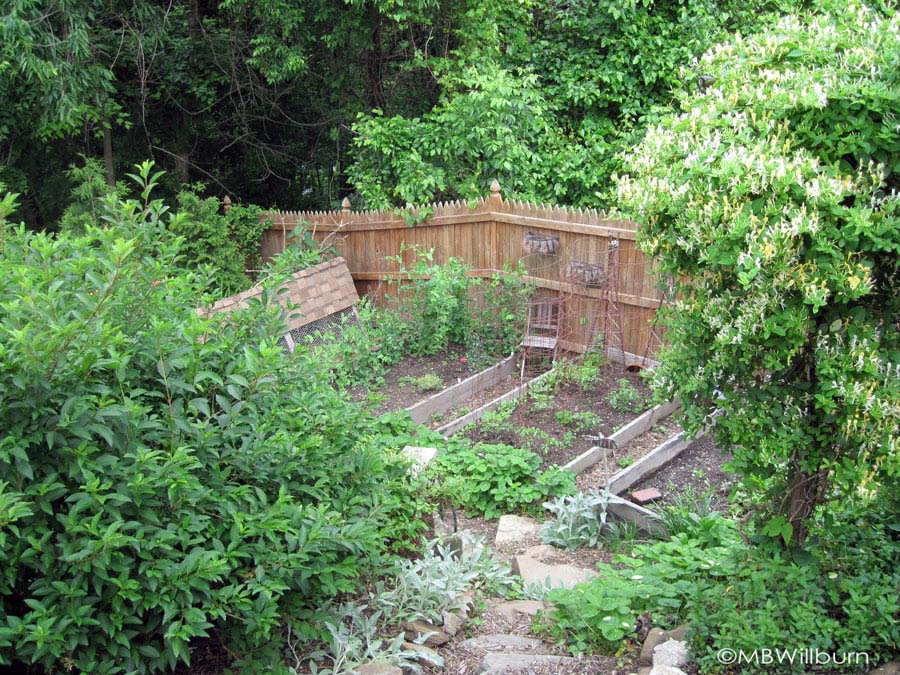 Had I not used raised beds in my last house, the line between vegetable and vegetation would have been horribly blurred by July.

That’s where raised beds come in 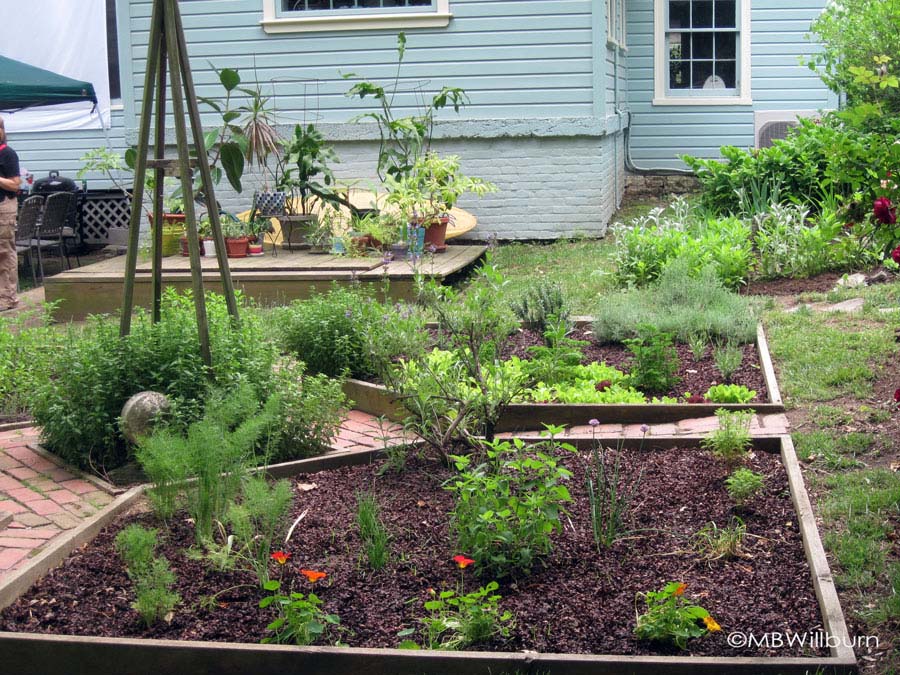 When you’re not ready to implement The Big Plan, making a raised bed or two in the interim just makes sense.

And oh, what a lovely Big Plan is ahead for this family. As we walked the area in question and surveyed the vegetative browns and greys surrounding a whitewashed one-story barn, I could easily share his vision for classic rows of vegetables, a fig tree, an asparagus patch, wine barrels harnessing roof water and a place to sit and enjoy a cigar after a couple hours of hard labor.

But such gardens take time. That is perhaps why they feel so lived in – so loved. They are an incremental illustration of our personalities as gardeners and cannot be built overnight. 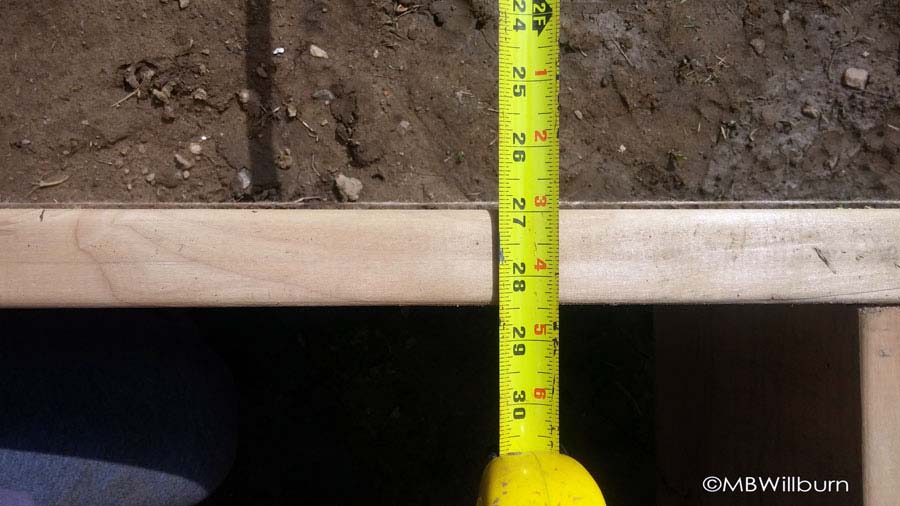 I won’t lie to you. There’s going to be some measuring involved.

This year, he’ll fence the area and possibly let a new flock of chickens have full access – preparing the ground with their beaks (and bottoms) for a more permanent installation a year or two later.

Sounds great. So for once, I’m following my own advice. Unwilling to wait for the Big (Monticello-esque) Plan to combine veg and flower with stone and brick, yet unable to cope with the maintenance and money that the Big Plan will require, raised beds are going in here too.

Matched with an aged Land Cruiser, I mete and dole out unequal lengths of 2x12s to a savage field. (And mess with with Tennyson in my head just to break the monotony.)

Taking the vegetable garden in hand

My beds are made from untreated 2x12s purchased half-price from a pile of old boards at the lumber yard. A 60% mix of rich compost from the municipal landfill has brought the cost down to about $30 a bed – pretty good for a summer’s worth of fresh veg.

It’s a temporary solution – but quite frankly, time is passing so quickly these days, it will be three years before I look up and realize it’s time to move on to that Big Plan. And my guess is, that with family, and house, and projects, and work…time will slip by just as quickly for him.

Reprinted with the permission of The Frederick News Post.