For three days I haven’t been fun to live with. Preserving the harvest, fulfilling my writing deadlines, managing my family’s outrageous expectations of motherhood, and doing all of this without losing my ever-living mind. Even the dogs are keeping their distance.

Oh, and there’s something else…What was it?….Ah yes.  The garden.  I actually have to tend to it in order to keep this three-ring Sisyphean circus going.  No problem.  I’ll just take care of that at 4am in between coffee and a good cry. 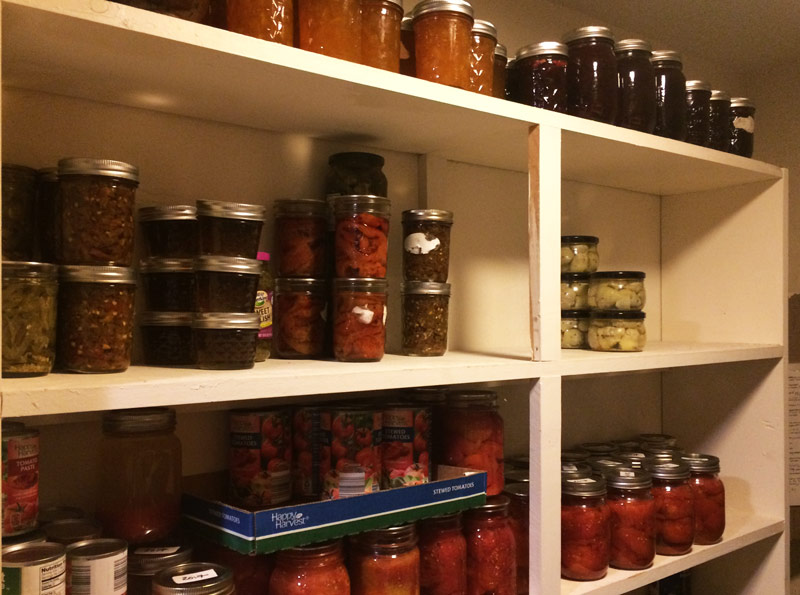 The pantry is slowly filling up, but so much yet to do before the season ends.

I share the above not for sympathy, but because you might be in the same leaky boat; and when the words “Something’s gotta give” come out of your mouth more than six times in a day, but the only thing that’s giving is the tenuous grip upon your sanity, the last thing you need is me telling you how fabulous 45 quarts of tomatoes look sitting next to a farm-to-table meal I whipped up whilst writing a thousand words on dry soil conditions.

Preserving the Harvest or living up to expectations?

Unfortunately, we rarely see the cost of what it took to preserve that harvest and get that farm to the table (in my case, $50 of takeaway Thai food the night before). Our social media-driven world thirsts for gorgeous Result: smiling kids, clinking glasses, panoramic views and thinly-veiled one up-manship.

It is not enough to merely experience a moment – that moment must be shaped into premium content. Process is acceptable, but should be arranged in five neat steps and tied in rustic jute – there is no place at this farm-to-table for the exhausted. 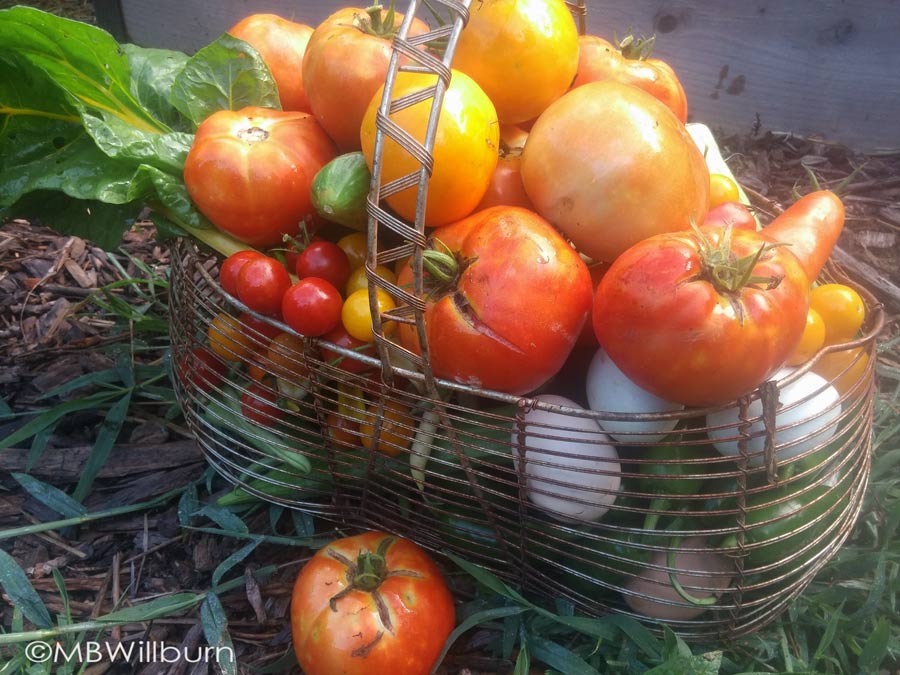 Blessing or curse? When you’re feeling behind it can be both.

This is of course inconvenient, because we are, most of us, exhausted.  Think how many times you’ve asked a friend how they’re doing; how they’ve replied “Busy”; and how you’ve nodded with the empathy of the damned only to find yourself in the same exchange two months later.

Process is acceptable, but should be arranged in five neat steps and tied in rustic jute – there is no place at this farm-to-table for the exhausted.

So, going back to my previous assertion that something’s got to give, and the assumption that most of us get so tied up in our own handmade knots that we don’t know which string to pull, it’s time to start tugging gently on one or two ends.  It’s time to step back.

I’ll go first, and in order to do so, I ask you to indulge me in a story.

Once upon a time…

About fifteen years ago when Youth and Naiveté had persuaded me I was inventing things like pickling, yogurt making and breast-feeding the way that only Youth and Naiveté can persuade, I met an older woman on a garden tour. 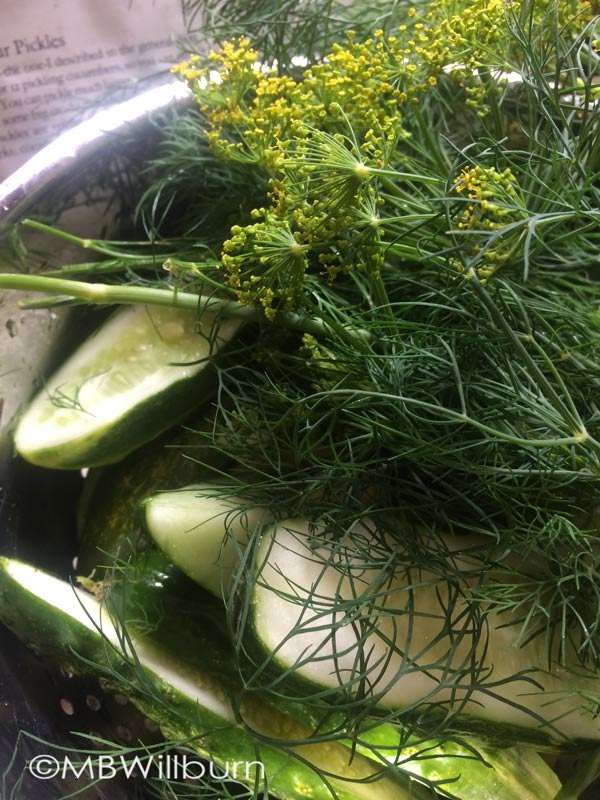 Her garden had three edible plants – a tomato, a pepper and a large stand of basil; and yet her ornamental beds stretched for hundreds of yards.  How someone could garden with such passion, yet overlook the opportunity to fill plates and pantry with homegrown produce completely baffled me.

She loved her flowers and asked what I was growing. And as I babbled on about flowers and edibles, she stopped me with, “Do you can?”

I replied proudly in the affirmative. Not only did I can, but I pickled and froze and dehydrated and ketchuped. And I kept track of it all in a little OCD ledger. Preserving the harvest like a rock star.

“Oh honey, I used to do all that stuff too,” she said dismissively, and added “You’ll learn.”

Ha. I had no intention of ‘learning,’ unless it was yet another way I could stay up until one-thirty in the morning shredding my endocrine system upon the altar of Domesticity & Career.  Youth and Naiveté were quite firmly in charge – whispering ever in my ear – and I ashamedly assumed that my elder was not my better.

I was wrong. I did not possess a houseful of adult relatives or a vast network of stay-at-home friends that would have naturally accompanied some of these tasks 70 years ago.  I did however possess two tiny children, a house and garden that needed a complete renovation, and a dimwitted desire to prove I could do it all.

A few short years later the endocrine system was thoroughly and expertly shredded (I don’t do anything by halves), and I found myself forced to take a few steps back.  Several actually.

The process taught me a valuable lesson:  just because I could do something, didn’t mean I should.  I had to start saying no. An even shorter year later I was taught another valuable lesson: that my raging Type A personality required a thorough check up every year.

And it looks like I’m due for my annual inspection.

Is all this to say that we shouldn’t can the tomatoes, re-paint the living room or write the novel?  No. Not at all.

Instead I believe that we need to find and fight for what is bringing our families and ourselves a quiet, centered contentment, and say no to the rest of the noise.  That might mean one less organization to join or one less project to start or one high-stress promotion to refuse. 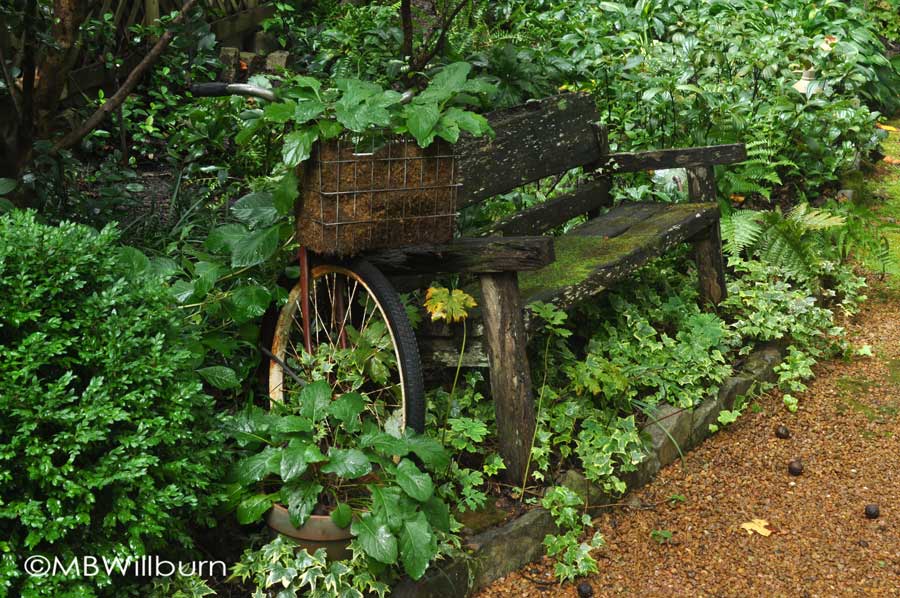 Creativity happens when the mind and body have time to contemplate space – to think and to plan. Losing those quiet moments might make me technically more productive, but far less creative. And in the end, less content. (Photo: Atlanta, GA)

In simple garden terms it could mean we forget about growing flea-beetle infested eggplants, and focus instead on the ease of tomatoes, the peppers, and the basil.  Or it could mean that we focus more on our vegetable garden and the harvest to the exclusion of other things.  These choices are extremely personal and based upon many factors.

Be prepared for some pushback

Some people will respect your self-awareness and some will not.  Some have too much invested in showing the rest of the world they’re doing everything and keeping it together to not feel threatened by you choosing another way. You’re not going to change their minds – or their verdicts on how industrious you should be. Just ignore their tight, ever-fixed smiles and pray for their cortisol levels.

We live in a frighteningly busy world, and it’s not going to hand us a gift-wrapped break.  We’ve got to take that break for ourselves – and defend it.