Nothing To Lose: Planting LATE

Nothing To Lose: Planting LATE 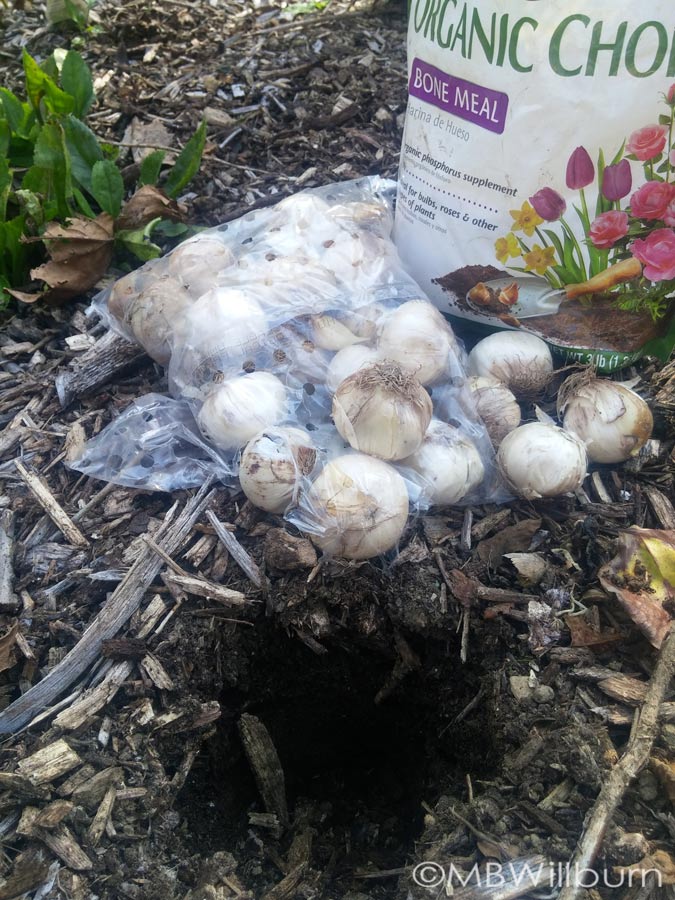 “So what are we growing right now?” was the question asked of me last week as I escaped hearth and home for a little day-after-Christmas retail therapy.  The questioner: a reader and gardener and beautifully turned out shopper who recognized me in spite of wild hair and two coats.  I made a mental note to wear more makeup when I go out; but as luck would have it, I could at least confirm that my chapped hands were planting allium bulbs only a few hours earlier for a friend – stretching the definition of ‘fall planted’ to include five days into winter.

Obsessive gardener reputation saved, and perhaps even bolstered a bit.

Not the normal way of doing things, to be sure, but as it turns out, much of my week was occupied in similar fashion, in what I call my “nothing to lose” phase of late, late season gardening.

At the end of every growing season in the garden of every passionate gardener there are planting loose ends.  Sometimes a warm autumn gives us a second chance to tie them up appropriately and without loss of face – as if we actually planned to dig holes and scatter bone meal on a sunny December’s morning.  More often however, we are tired, it’s been a long spring/summer/fall and the weather is of such immediate ferocity that we feel justified in cutting our losses.  Normal people are inside drinking red wine and we’d really like to join them.

So, we conduct a quick scan of the plants left lurking in the pot ghetto and the bags of bulbs in the garage and make some mental calculations before the wind picks up again:

This one was expensive, and zone-marginal – can’t root shock it now…we dump a bag of mulch over it and call it good….

A flat of sorry looking pansies – yeah right, like anything is happening with those at this point…moving on….

…to the itea suckers we left sitting under a tarp after a bed renovation in October. Damn, forgot about those.  Well, there will always be suckers and the red wine is calling.  We wish them the best and turn our backs.  And so it goes….

After about three weeks of revelry inside (which is to say, cleaning up after everyone else’s mess), we realize that the grass isn’t always greener on the other side of the front door. In fact, it’s covered in scale and mealy bug and far more depressing than a bit of frozen turf, and after all, red wine is portable…and warming.

And the thing is, the soil HASN’T frozen yet.  Oh sure, it’s mushy and the oxygen-to-soil ratio is one footstep away from depleted, but we’ve got expendables out there for whom we’ve already said the last rites – we literally have nothing to lose.  Stir crazy is right around the corner. All it takes is loading one more dishwasher full of other people’s dishes and our minds are made up – we’ll plant late and see what happens.

And so that is where Sara, my questioner, found me.  Having planted all those bare root suckers and bulbs and corms and that flat of pansies, I then guilted my friend into planting hers (which I knew damn well were still sitting in her garage).  And then we did what normal people do when they want to escape the confines of four walls: we went shopping for cheap Christmas decorations.

Albeit with dirty nails and wild hair.