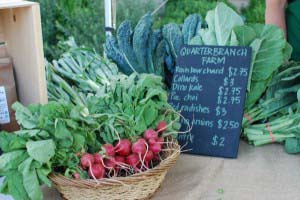 I have a clear memory of sitting at my kitchen table four years ago and reading a newspaper article about a small group that was forming to discuss a neighborhood grocery store three miles from my home in Brunswick, MD. My memory is probably so clear because something inside nagged at me to save the article and attend the meeting. But I didn’t – and our clearest memories are often those which carry with them a pang of guilt.

Luckily for the Lovettsville Grocery Co-op, there were others who shelved their excuses and sat around a table that hot August afternoon and for many afternoons thereafter and drew up a comprehensive strategy for bringing a grassroots, local store to the area. Little did they know that our area’s one corporate grocery store would close its doors three years later; and a subsequent failed attempt by another corporate enterprise would leave an area of 11,000 people living in a “food desert” – forced to shop at drug stores and dollar stores for groceries, or waste precious gas on the 30 mile round trip to neighboring cities. 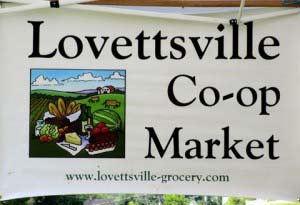 With the recent announcement by NV Retail that they are breaking ground at Lovettsville Town Center within six months and are currently in negotiations with the Co-op to “anchor” the new development, there has been a flurry of interest in the Co-op; but many still have questions. Most of the answers are available on the website www.lovettsville-grocery.com, but true to my nature, I’d far rather answer the snarky, lurking questions – the ones you’re thinking about, but don’t want to say out loud to that sweet neighbor of yours who keeps asking you to join.

So this week I ask your indulgence to take off my gardener’s hat, set aside seeds, soil and thoughts of spring, and answer those concerns with clean fingernails and my new Board Member’s hat firmly upon my head.

No, it’s not a ‘Ponzi Scheme’ – If it was, I’d be writing this from the Bahamas, instead of from my kitchen table in bleakest February. So why then is the Co-op pushing membership, instead of just bringing a store to town? At the core of any grocery co-op is a member-owner base. That membership proves to capital investors that the area is filled with shoppers waiting to shop. The more members a co-op has, the more viable an investment it is. If you have wanted to join but are “waiting for a storefront” first, you’re actually slowing down the process you wish to support.

Yes, we’re encouraging smart, localized growth – I grew up in California. I know what rampant, unchecked, ugly growth looks like on a rural canvas, and sadly, I know that growth is inevitable. The Lovettsville Town Center development was a signed deal eight years ago. However you felt about it then, the community has the opportunity today to tell the developers what they want to see there, not the other way around. 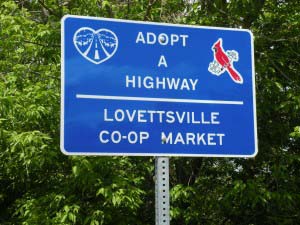 Yes, we have a comprehensive plan – Oh boy, do we ever. In fact, as one of the newest Board members, I am currently wading through reams of legal documents, by-laws, feasibility assessments, national co-op conference minutes, timelines and various documents that tell me that these people haven’t just been working hard for four years – they’ve been working smart.

No, we’re not just tree-hugging granola-munchers – The Co-op is dedicated to serving the needs of this community, which means it will operate as a hybrid food store – carrying standard AND organic foods with an emphasis on local. So the diet soda will lay down with the kale juice and neither are allowed to make faces at one another.

No, it’s not just a Lovettsville thing – With our recent elections, the Co-op now has three Brunswick residents on the Board of Directors as well as many Brunswick members. The two communities of Brunswick and Lovettsville are three miles apart from each other, but at least twelve miles apart from other small cities. The economic development of one cannot help but benefit the other – precisely what ‘The Potomac Partnership’ is all about.

It’s not a question of “if”, it’s a question of “when” – Our membership base will continue to grow either quickly or slowly. Quickly means we can finish securing our site and prepare for a grand opening in a year’s time. Slowly means we will continue working behind the scenes for as long as it takes to secure the membership base and open a store to serve the community.

So if you’ve been sitting on the sidelines, watching and waiting for the ‘right time’ to join, that time is right now. Take the plunge at our website www.lovettsville-grocery.com, and if you have a friend who is a member and keeps leaving pamphlets in your bathroom every time he comes over, by all means give him the credit for your conversion. As much as I’d like the kudos, I am officially not allowed to take them as a Board member.

I told you these people are serious.