It’s More Complicated Than That

It’s More Complicated Than That 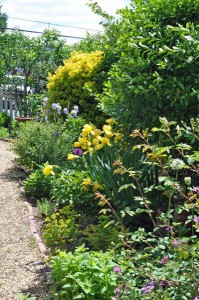 The dream of a garden must sometimes remain a dream for many. Faced with a distinct lack of resources in the cash department, or by obligations of family, debt or employment, many people find themselves aching for a square foot in which to plant a simple tomato, and unable to do anything more than put a pretty pot on a doorstep.

There are still others who might be a bit further along on the ‘property ladder,’ those who have a garden, albeit a small one, and think constantly of the freedoms a bit more land could offer them.

These dreams may be as simple as having the ability to place a front bench in one’s front yard without clearing it with a higher authority, or as controversial as the ability to house a few hens in a coop the same way neighbors keep pit bulls in kennels. Constricted by space considerations, the homeowner may dream of the ability to plant an oak tree for the sheer joy of it, without caring two figs that its root system will someday occupy eight-tenths of his arable land.

Where ever you are on this journey – be it within the confines of an apartment, condo, or small town garden – the last thing you wish to be told when you occasionally come face to face with the limits of your outside life is, “If you don’t like it, you should move.”

Many times these words are delivered with the best of intentions by land-owning friends who know how much you ache for more space, freedom, or privacy, but don’t know how you also ache for the financial means to achieve it. However, more often than not they are uttered by those who would oppose you ideologically – those for whom a small town garden is not so much about the garden as it is about the town.  Those who wish for your vegetables to stay neatly in the back (after you have completed the necessary paperwork), your hens to stay in the freezer and your compost pile never to have existed in the first place. 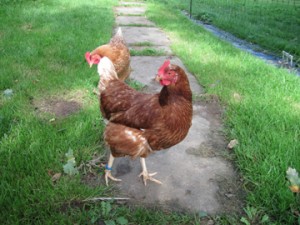 “If you don’t like it, move.” The arrogance of this statement boils my very blood. As if home-ownership…land-ownership, were just a matter of signing a few papers, packing a few boxes and moving to the home of one’s dreams. While I do realize that living within one’s means has become an antiquidated concept, there are still some families out there doing just that, even if it means that their child will grow up without a back garden, or the luxury of small animals, or even a front porch.

We find ourselves in a heartbreaking reality now, where houses are worth much less than what was paid for them – even for families who acted cautiously during the buying ecstasy of the last decade. Many responsible citizens are still paying for their college educations, and will continue to pay for them whilst trying to scrape together funds to send their own children to college.

Still others have health issues that require ever-increasing sums. And some simply don’t want a mortgage that would have made their parents’ generation turn seven shades of purple. Add to this the ever-looming threat of retirement and investments gone haywire, and you have a very harried homeowner carrying the world upon his or her shoulders. In such days of economic recession and employment uncertainty, it is a brave and well-heeled optimist who says, “That’s it, call the realtor, we’re moving.”

Instead, how wonderful it would be for the homeowner who finds him or herself trapped by life circumstances to be given more freedom on the property they already inhabit – as long as it does not trespass on the physical freedoms of their neighbors. How tremendous for the apartment-dweller to be given an opportunity to garden through community efforts given priority in city planning that fully supports the idea of a sustainable, connected future. 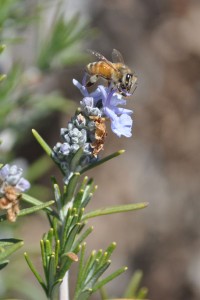 How lovely to feel a little less panicked that the life you intended to live is not unreachable due to the vagaries of world markets in far-off cities; or indeed, the machinations of bankers over dinners where heirloom tomatoes are symbols of affluence, not sustenance.

It’s just more complicated than picking up and moving shop. So the next time you might feel called upon to say the words, “If you don’t like it, move.”, consider your words carefully and hope that karma is just something that happens in foreign lands.