If Music Be The Food of Love…

If Music Be The Food of Love… 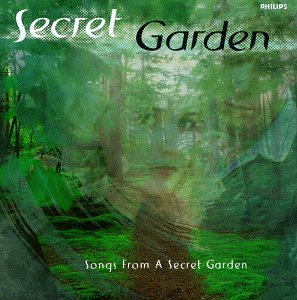 Music makes all things better – or at least that’s what the founders of iTunes and Napster say.

I am in complete agreement. Having weeded perennial borders to the tune of my neighbors arguing, and pruned wisteria to the sweet strains of ‘Del Tha Funkee Homosapien’ coming from someone else’s driveway, it has occurred to me over the last year that a pair of earphones and a two inch digital miracle might make gardening on a Saturday in suburbia downright pleasurable.

The technology has moved on a bit since the last time I bought a portable music device. The Walkman I saved my pennies to purchase was the latest in cassette deck no-roll technology – wrapped up in a sweet yellow case with rubberized buttons. We made mix tapes back then – back in the dark ages. We made them to accompany our color coordinated jogging; we made them for good friends with whom we wanted to become better friends; we made them for long drives stuck in the back of this new vehicle called a ‘mini-van’, never realizing that the digital age was creeping closer with every push of the fast-forward button. 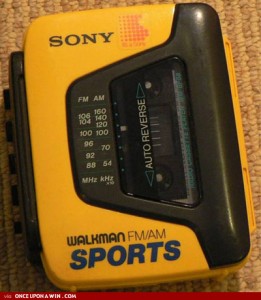 My Walkman found its way into a Goodwill box somewhere around 2003 – the technology having eclipsed it twice over – but I never thought of replacing it. I’d exchanged jogging for yoga, one of my good friends had become my husband; and quite frankly I was alarmed at the growing number of people around me plugged into their solitary life-soundtracks, oblivious to the sound of each other’s voices, much less the birds singing. So I held out against technology. It’s what I do well.

All that changed two weeks ago. Frustrated lately by particularly poor FM reception on my humble garden radio, I walked into a Target, found the nearest hip looking eighteen year old with a nametag and artfully disheveled hair, and announced my intention to enter the world of the mp3. He asked me questions that I couldn’t answer, called pieces of music “files,” and didn’t understand the concept of a mix-tape; but I walked out again fairly confident that the device I tightly clutched was my ticket to the 21st century and a Saturday afternoon completely free of Del Tha Funkee Neanderthal.

Since that day, my time in the garden has become one big motion picture with a sweeping soundtrack and no plot. From Mozart to Mraz, I pair even the smallest garden chore with its own melody. Activities like pricking out Swiss chard seedlings warrant something delicate such as Debussy; dividing monster Hosta call for breathing exercises courtesy of Anna Nalick; and when I’m in a cynical mood – having just weeded the vegetable bed for the fortieth time – Randy Newman is there to support me.

To cut a long story short, I am addicted. I have done precisely what has always concerned me about millions of people plugged in and checked out. I have retreated to my own private kingdom and isolated myself in a narcissistic haze of music.

Boy does it feel good. 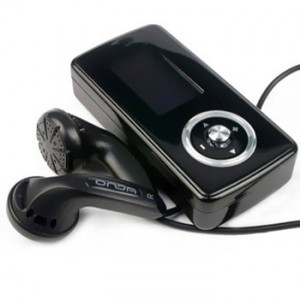 However, once you have succumbed to the sweet deliciousness of phasing everything and everyone in and out of your personal reality, it’s hard to go back – even when you know that the sounds of life are passing you by. Springtime birdsongs disappear, as well as the humming of the bees coming and going from the hive.  Gone are the sound of children playing, chasing one another and asking you if it’s okay to nibble on the spearmint, and the chances are you may be surprised by a visitor standing by your elbow before you even knew the gate has been opened.

So in the interests of keeping all things in life in balance, I have had to stage an intervention. It was painful, there were a few tears, but I did manage to get myself to concede on one or two points. Now the magic box doesn’t emerge when others are around and only accompanies me on short adventures within the confines of my picket fence. I don’t use it in the house and have gone back to a CD collection and FM radio during a day’s worth of schooling children and general domestic goddessing.

Quite frankly, it’s a darn shame I couldn’t handle it, because nothing gives deeper meaning to cleaning bathrooms than Aaron Copland’s Fanfare for The Common Man resonating through Sony 9mm high-sensitivity earbuds.