How to Make Poncirus Marmalade from Hardy Oranges

How to Make Poncirus Marmalade from Hardy Oranges

If you grow the hardy orange (once Poncirus trifoliata, now Citrus trifoliata), and you cook, you’ve probably wondered whether or not you can use those pretty little orange fruits to make marmalade.

The answer is yes, but you’ll probably want to skip the peel. 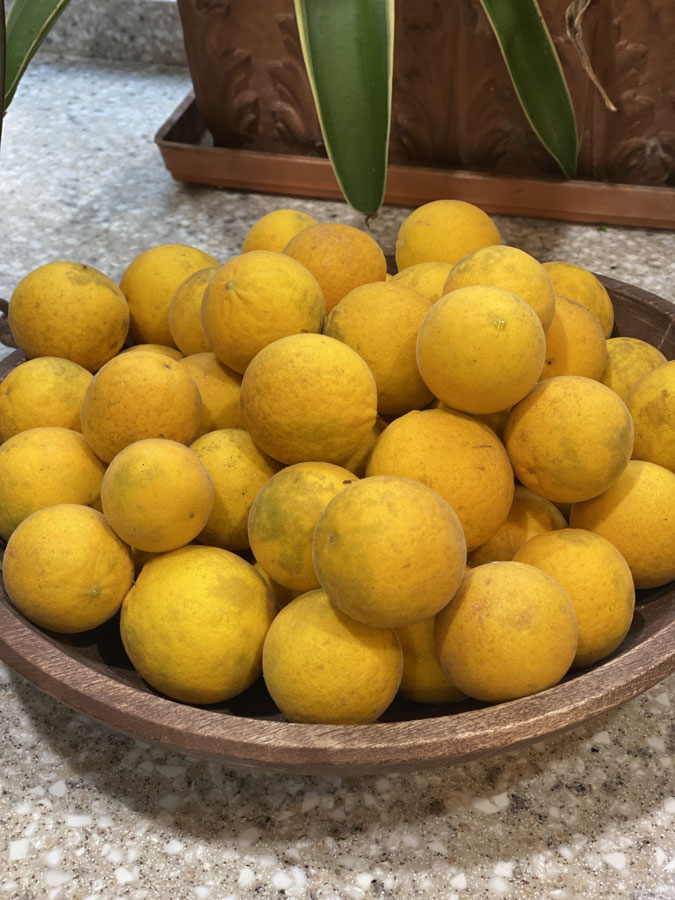 You can also skip to the bottom of this post to read my recipe. But you just might find the recipe background and poncirus growing information helpful…. 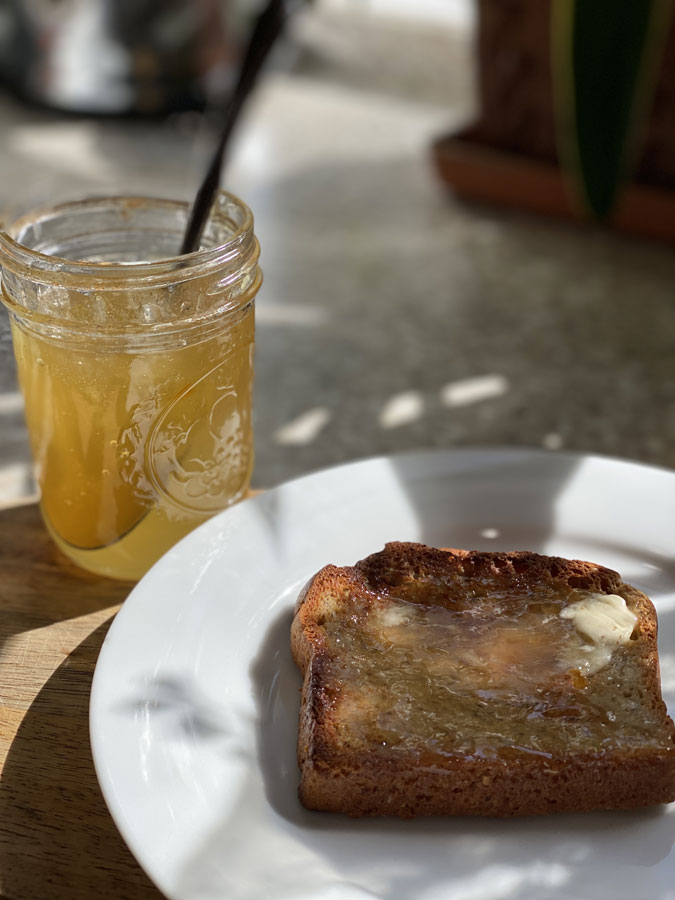 Is It Really Marmalade Without the Peel?

I’m a marmalade lover, and I make orange marmalade pretty much every season, but this year was the first significant fruiting of my hardy orange (which is hardy to Zone 5), so I had to give Poncirus Marmalade a try.  The result: thumbs up – apart from the moment my tongue hit the peel – so you might want to shift away from traditional marmalade (which is peel heavy) and create a tangy jelly instead. Or, add the peel of one or two oranges for additional color and texture. 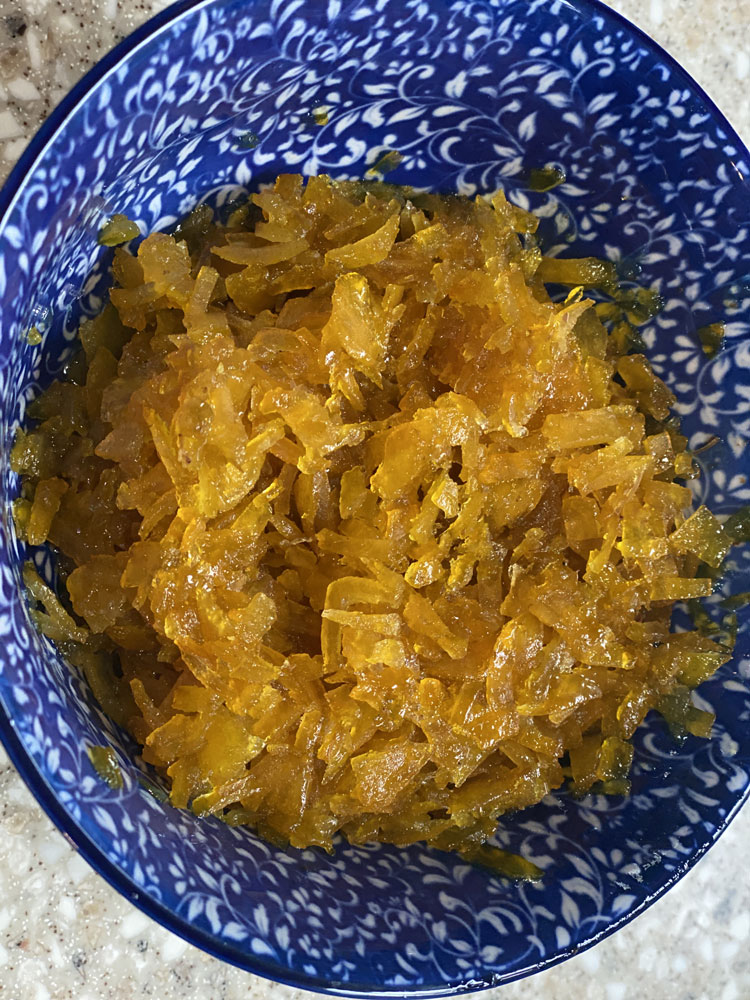 It’s tough to go to all that work and then throw it out, but it meant the difference between edible and inedible.

The peel is truly just too bitter to be palatable (again, said as a marmalade lover). Although I double-processed and double-rinsed the peel, and cooked it with the juice and sugar, tasting it while the mixture was still liquid told me all I needed to know: The peel was in danger of ruining a pretty good product.

I immediately sieved the mixture and canned it as a “jelly.”  Much better, and it got a thumbs up from my marmalade-hating husband, who will never enjoy peel, no matter how delicious it tastes.

An additional benefit to the jelly angle is that I can melt a little down, add a bit of water and use it as a simple syrup to flavor a winter cocktail.  The jelly has a slightly different flavor profile and scent than traditional orange marmalade, but is different in the way that ‘gold’ is not pure yellow.   Same hue, different shade.

If you think I’m being too picky on the peel, you might want to try it yourself.  Thinly peel fruits with an apple peeler, then finely slice the peelings.  Boil them in three cups of water with 1/8 tsp of baking soda, then rinse and do it again. And again. And probably again, but I stopped at two – at this point the texture is all but gone.  Just for reference, bitter Seville oranges normally need that process only once.

The hardy orange is an Asian native actually hardy to Zone 5; and is a deciduous tree or shrub with rigid green stems, a trifoliate waxy leaf (hence the name) and very wicked, long thorns.  I grow the cultivar ‘Flying Dragon’ which has twisted branches and thorns that resemble curved fangs. It’s absolutely stunning in the winter, and seeing it in a friend’s garden showcased on a rocky outcrop during that season is why I grow it now.  The leaves turn yellow in autumn. 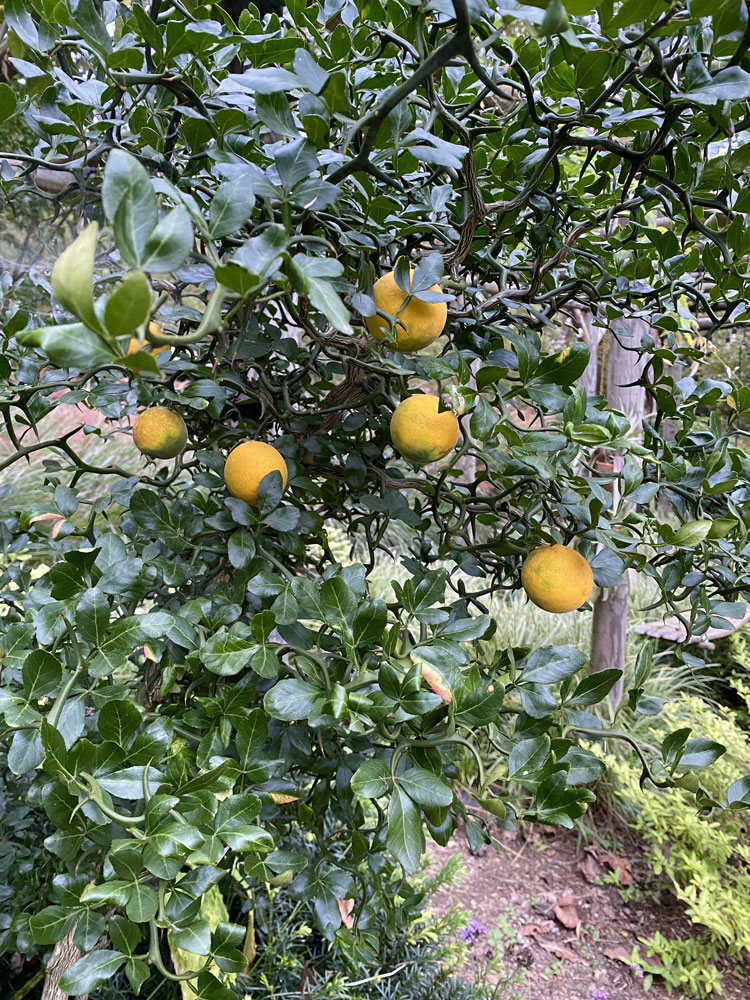 The hardy orange relishes full sun, but can tolerate the lower end of that classification (6 hours). It is happiest in a well-drained soil with some protection from drying winds.  There’s a reason this strong, spiny plant is used as an unfriendly hedging in many Eastern gardens – gardeners who wish to place it in a border situation may want to reevaluate that plan. Better to use it as a small specimen tree, keeping it free of vines, etc… lest you bleed to death trying to weed around and through it.

Poncirus (old names die hard) responds well to shaping through strategic pruning.  I usually wait until the flowers have formed in the spring.  They are not as fragrant as orange or lemon blossoms, but there is a lovely citrus scent to them.

Poncirus fruits are small – about 2 inches in diameter at their largest, and are fully ripe when they turn orange and come away from the tree with gentle pressure. They have a downy feel to the peel, and a fragrant scent that fills the room if you put a small quantity in a bowl and set it in the kitchen or dining room.  If you don’t pick them, they will soon fall off the tree and you’ll have many seedlings in time. Each fruit contains a ridiculous amount of seeds in proportion to the pulp. 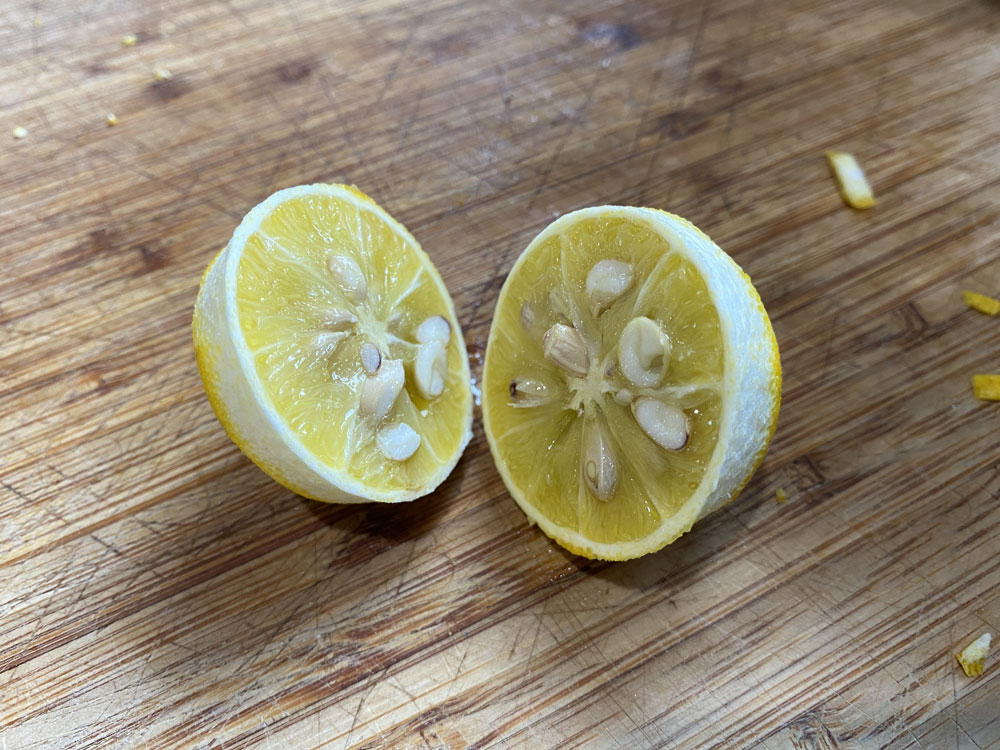 For preserve-making they have a great deal of pectin in them already, but I used additional pectin to keep the color from changing too drastically (as it does when you manually cook a marmalade down to gelling point).  I happened to have Ball’s MCP Pectin in the pantry, which is slightly different than other pectins.  No need to scour the internet however, just follow the boiling times for the pectin you have.

The fruit contains a bizarre, gum-like substance that, after juicing so many, collects on the citrus reamer.  It has an oily quality that requires hot water and soap and scrubbing to shift. It is present in the juice, but apart from making it difficult to clean a sieve (to separate seeds), it’s not an issue in the finished jelly.

Prize winning jellies are clear as tinted glass. This is not, but then, that wasn’t the point.  I wanted as much pulp in the mix as I could get, and I would have used the peel if it hadn’t been so bitter.

Optional: Peel of 2 Oranges (see instructions for preparation below)

Wash and sterilize 12 half pint jars, lids and rings.  Poncirus jelly is such a novelty that you may want to make some smaller jars (4 oz.) to give to your gardening friends.

If using peel of traditional oranges for additional color and texture, peel thinly with an apple peeler, then slice the peelings finely.  Boil with 3 cups of water and 1/8 of baking soda. Drain. Add to poncirus juice.

Mix juice, water, butter, and pectin in a heavy, large saucepan, and bring to a rolling boil (a boil that cannot be stopped by stirring). Boil one minute.

Add sugar and bring back to the rolling boil. The MCP pectin that I used specifies boiling for 4 minutes longer, but many other pectins specify less time. Use the instructions for the brand of pectin you buy.

Can the jelly, leaving ¼ inch of headspace.  Process in a water bath canner or steam oven for 10 minutes. Remove and check seals after 24 hours.  Store in a dark and cool location. 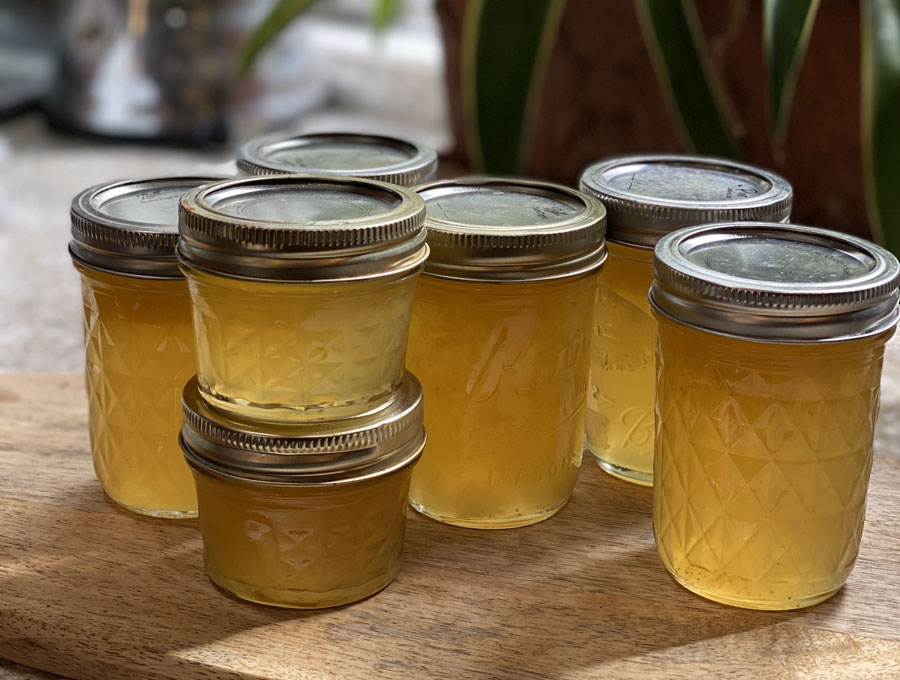