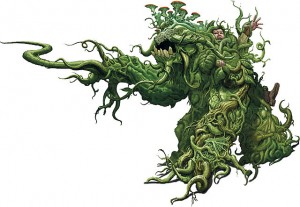 Have you ever had a nightmare where something terrifying was after you, yet when you tried to move, your legs were paralyzed?  Forcing yourself to move took an excruciating amount of time and once you actually started running from the thing that pursued you, you found that you could only move in slow motion…step by painful step…yet still the thing came – slowly, inexorably closer?

Two weeks ago I stepped out of the house to spend a pleasant hour on the back of a horse.  The day was fine, my spirits were high and the garden, though venturing a little on the side of unruly, looked lovely.  Vines were vining and blooms were blooming, but the weeds were not, unfortunately, weeding – so I promised myself an afternoon’s worth of deadheading and brutal chopping following an ice cold drink upon my return.

Five days later I emerged from a hospital shock trauma unit where it was explained to me that falling off a horse at the canter isn’t the smartest thing to do on a beautiful Friday afternoon if one wants to deadhead roses and stop vines taking over the north side of one’s house.

It was also explained to me that in six weeks – should there be any garden left to deadhead – I would be allowed to do such crazy stunts as bending, kneeling, or minor lifting; and if I really wanted to throw caution to the wind, walking might be on the cards again too.

If I remember clearly through the Coleridge-esque narcotic fog, I think it was suggested I take up crochet. 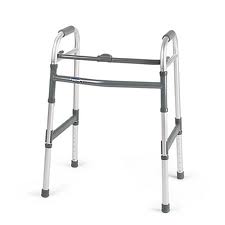 So, here I am two weeks later and my new best friend is a sexy silver walker that can achieve speeds of nearly a tenth of a mile per hour.  The problem is, the climbing hydrangea, hops, wisteria, roses, campsis, hardy kiwi, berry canes, morning glory, silver lace vine and various ambitious squash plants can attain four times that heady speed without taking their coats off.

I think you see where this is going.

I am now a helpless bystander in a garden where I used to reign supreme.  Worse, my walker cannot handle the many terraced paths and steps that make up the rooms of my little kingdom, so even bystanding is limited to flat surfaces that don’t involve gravel, mulch, or any other type of…er…garden material.

But surveying is all I can do.  I must fine–tune other special skills in order to compensate for lack of movement.  So, I have perfected the sharp intake of breath through pursed lips as I watch my son drag a hose through the lavender.  I can gesture with gusto, and heavy sighing has become a fine tuned specialty of mine.  But certainly my forte right now is shouting nonsensically at those trying to help me harvest the constantly ripening vegetables.  Child or adult, all are victims of my frustration as I try to navigate through this new world of helplessness.

“Pick the ripe ones…No not that one!…Does that look like chard?….I thought you were familiar with a mature beetroot?…I said yellow squash…yellow!  What on earth has happened to the phlox?!?!?!!  Can anyone tell me what the tomatoes look like right now? ….Why can’t I get this &@#$& walker closer to the beds?!?”

I try to save my haranguing for those who will not be fixing my meals later in the day.  I’m not an idiot.  I’ve got a lot of poisonous plants in my garden, and there’s only so far you can push indentured servants in the middle of July before they crack and start looking up Agatha Christie recipes for yew berry tea.

It will be several weeks before I am wantonly tiptoeing through the tulips again, and ladder scaling is right out for weeks after that, so I will sit here and watch this garden rebel against former parental control.  I will watch the wisteria slap my visitors in the face, and the crabgrass tickle their ankles, and I will try…try, mind you…to learn something from the experience.

Besides the fact that I should have taken up crochet fifteen years ago – it’s infinitely less heartbreaking than gardening.