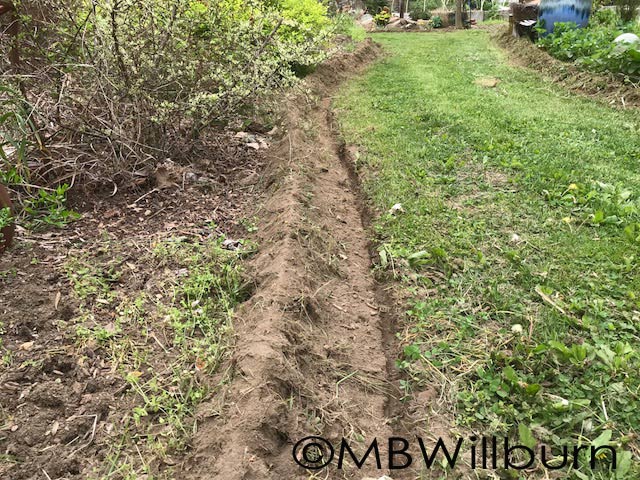 May has dawned, and with it, the realization that my edges will have to be seen to.  I speak of course of garden beds. There is little that can be done to smooth the sharpness of my tongue and it certainly needs no further definition.

There are many ways to approach this problem, and on a recent trip to California in a van full of plant nerds, they were discussed at length.

We all had beds to edge. More than a few were covered in late season snow, and none of us were particularly looking forward to the job. Although there is little that is more satisfying than yards of fresh delineation between what will, and what will not be cultivated, the job requires time when time is scarce. 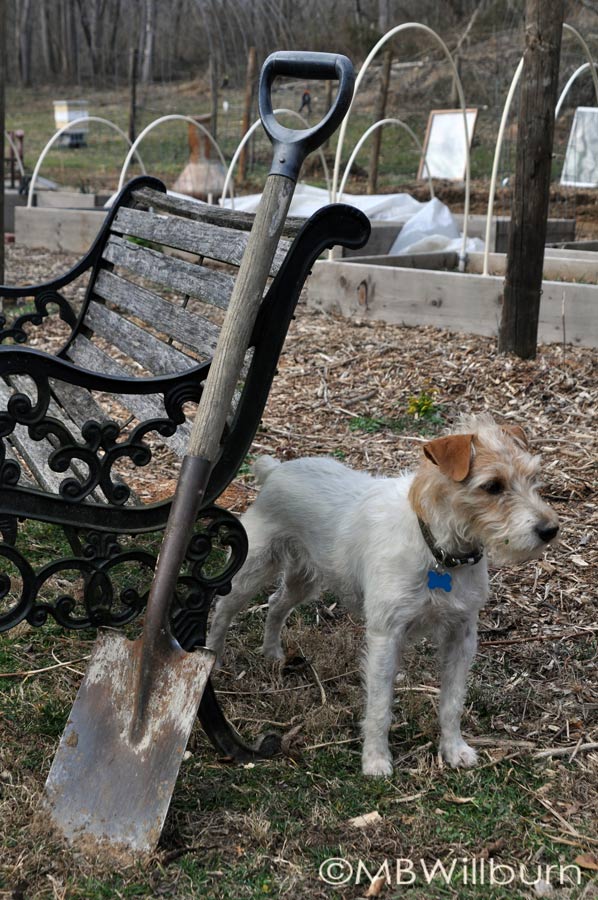 Two of us were spade purists, utilizing the classic English method of cutting a sharp 45-60 degree angle 4-6 inches deep toward the bed and mounding the soil up on the bed side – creating, in effect, a trench ‘tween grass and good, not to mention a hernia between fat, and fit. Larger sections of turf are then chopped of their loose soil and sent to chickens or compost pile.

Such a method allows precision, but takes time, and not a little dexterity with a spade.  One afternoon late last fall I put my son on this job and monsoon conditions developed shortly afterwards. Two days later I inspected the work only to find that he’d thrown the freshly cut divots back toward the lawn, where they had melted into a new, ankle-twisting topography.

Metal edging is an option. I have used metal edging in smaller gardens, and looked longingly those clean, easy edges of steel in large public gardens; but I have also exercised my right as a gardener to change my mind and found myself needing to pull out those edges – not quite so clean or easy when embedded in earth for four years.

None of us were fans of the electric edger.  Generally there is very little power and a whole lot of aggravation (not to mention, cord). The edge is not particularly deep, channels quickly get gummed up with soil, and as a result you tend to find a lot of these during mid-summer yard sales – which is precisely where I found mine.

Perhaps soon to be yours.

Next step up?  The discussion turned lively when one of us pulled up a picture of her shiny Troy-Bilt gas-powered edger and accompanying highly positive blog review.  Sighs of longing filled the van.  Then from the back came an impertinent question: “Is it a two-stroke?”

I believe it was me.  I have an unfortunate history with such engines and have no wish to add another to the barn, no matter how shiny. Before the question could be answered however (in the negative as it turns out) there was another – this time from my fellow spade-purist:  “Is it a pull start?”

We all nodded at that point, understanding the anguish behind the question and imagining scenes both past and future that involve hot days and machines that refuse to start no matter how hard one swears at them.

It was, as it happens, a pull start, but there is that honeymoon period (What is it? Four? Six months?) where all works as it should and entropy has not frayed the cable and stiffened the recoil spring.  She loved hers – and her husband was in charge of starting it.

A few short days later we had gone our separate ways – back to Midwest snow, Pacific Northwest rain, and whatever was currently passing for weather in the Mid-Atlantic in April.  I stayed a few days further in California (who wouldn’t?), and one morning was group texted with a video.

One of our number had decided to definitively answer the question of Life, the Universe and Edging with a Sunbelt weekend rental. The EZ Trench 400 took 30 minutes to re-define 350 linear feet of bed and took no prisoners. 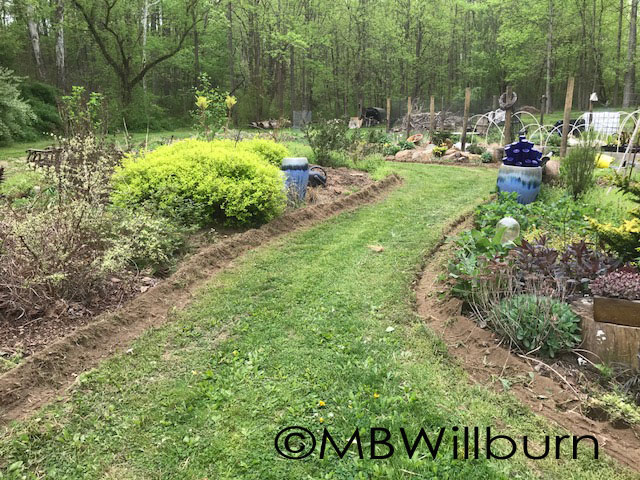 Certainly the finished edge reflected the name, and when up against a sharp spaded edge, would have had a hard time competing in the precision department, but the time savings were beyond impressive. A spaded edge would have taken almost ten times that long, and if you cast aside your spade for a Troy-Bilt edger, you’d only pick it up again to move sections of soil after the edge was mechanically cut.

For gardeners that have let an edge go for a couple seasons on a very long bed, the EZ Trench might very well provide the motivation and the vision to get things under control once again.

I’m not sure how I’m going to proceed once I get home in a few days’ time.  My guess is that two weeks away in mid-spring after a tough winter is going to make an EZ Trench 400 look pretty good, even if I must stuff my meticulousness down my throat to use it.

Still, the best and worst part about an edge is that it always….always….grows back.  Soil erodes, moles tunnel, weeds return. The earth is remarkably resilient and it gives us a bit of wiggle room to try something new.

A version of this article first appeared in The Frederick News Post and is reprinted with kind permission.

The hype is real.  849 linear feet edged in just over two hours and the results are not shabby.  A definite 4 inch edge and 2 inch trench was cut quickly and soil mounded on the bed side.  Incredibly powerful and just what I needed to feel ‘in control’ again – or at least to keep me delusional for another month or so.  Well worth the small cost of renting, but just one little detail to keep in mind.  This thing Kicks. Your. Butt.  It surely kicked mine.  Huge core workout – without the yoga pants.