Just before leaving for Great Britain three months ago, I threw an overnight case in the back of a friend’s overworked Prius and headed down to Raleigh to attend a lecture being given by Fergus Garrett, head gardener at Great Dixter, and the Chief Executive of its charitable trust. Many gardeners, especially those who read as intensively as they garden, will instantly recognize both names.  For those that haven’t come across them yet I offer a bit of background tinged with wistful hero worship:

Great Dixter was the home and garden of the late Christopher Lloyd and is located at the eastern edge of the county of Sussex, about an hour and a half south of London and twenty-five minutes from Vita Sackville-West’s garden at Sissinghurst.  It is a 15th century manor house (with later era additions) surrounded by a multi-roomed garden originally designed by Lloyd’s father and the noted architect Edwin Lutyens. 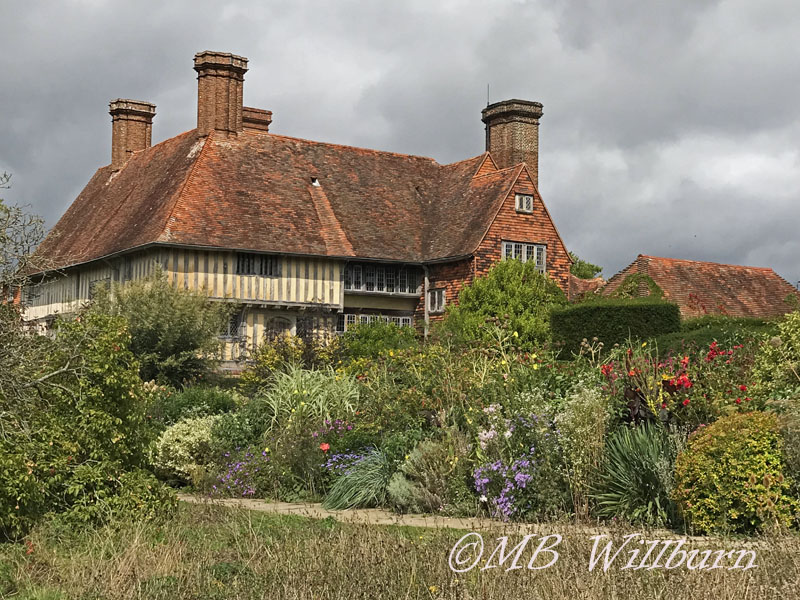 Lloyd was a prolific garden columnist and author whose work I credit with ‘turning me on’ at a key point in my own gardening career to the delicious possibilities of pairing prose and patch. His writing drew from a lifetime of both professional training and knees-on-the-ground experience, and his wickedly dry sense of humor kept readers enthralled if they weren’t too busy taking offense.

He was not afraid of taking chances – sometimes big ones – and as the years went on and more of the world paid attention, the pressure to deliver must have been intense.  Though privately he may have given this much thought, his writing reflected a beautiful indifference to the opinions of others, focusing instead on the triumphs that could only be achieved when boundaries were pushed. 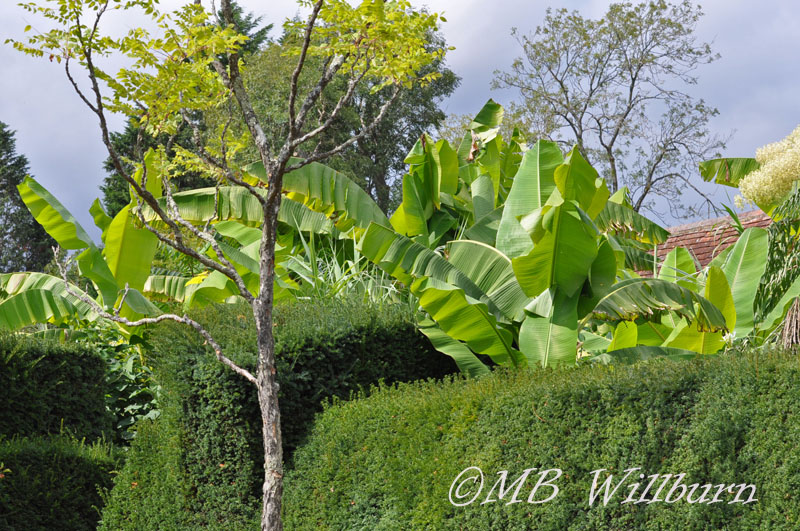 One of Lloyd’s most controversial experiments at Great Dixter was to convert the old rose garden to a garden for exotic tropicals. It remains a favorite to this day.

Pushing those boundaries infused the traditional garden structure of Dixter with the energy of constant, vibrant change. It also encouraged other gardeners to make brave decisions and accept that failure was often the path to success.

Fergus Garrett worked side by side with Lloyd for many years and upon Lloyd’s death in 2006 became the new but happily familiar, face of Great Dixter.

It is also a terrible sadness to me that I didn’t discover Lloyd’s writing until my husband and I moved back to America in 2000; because for the four years that we lived, worked and studied in London in our late twenties, we also took every opportunity we could to explore the surrounding countryside.

On more than one occasion, we naively drove past Great Dixter on our way to the south coast to scarf steamed whelks in cheap paper cups and take cheaper walks along chalky cliffs.  Lloyd spent a great deal of time in his garden, and the chance that I might have been snapped at or quizzed by this great plantsman still haunts me. 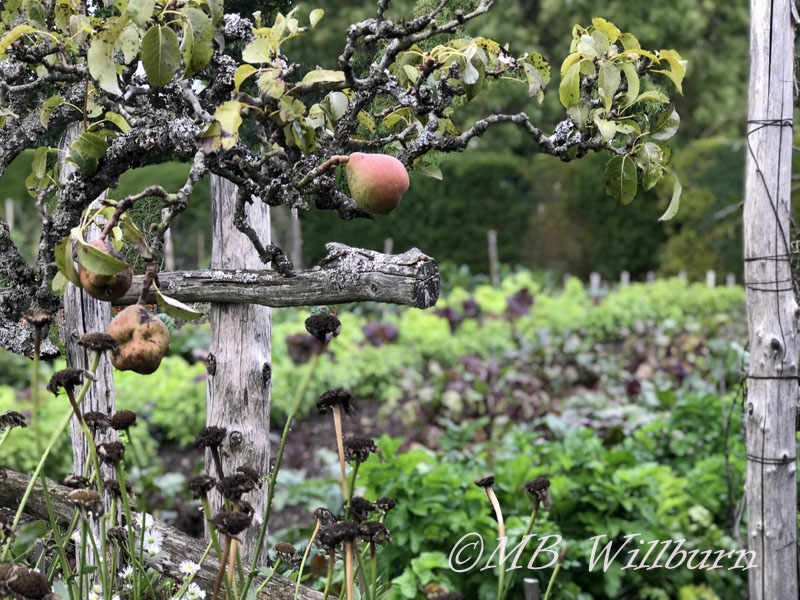 I knew I’d finally be visiting Great Dixter three weeks after the talk in North Carolina, and though a twelve hour roundtrip drive wasn’t the most efficient use of my time, I was determined to get a preview by the reportedly high-energy, highly-humorous Garrett, and hit a few nurseries on the way home.

Fergus Garrett was indeed high-energy that July afternoon.  He kept his audience laughing and revealed image after image of a garden infused with Lloyd’s spirit of experimentation. Under his leadership, Dixter was still a garden that took risks with color, plant choices and juxtaposition – and sometimes took them right up to a point of sheer bloody-mindedness.

Garrett was also remarkably human. His once-dark head was now white, and it took me a moment to reconcile this cardiganed, respectable figure with the youthful undergardener I had seen so many times in photos with Lloyd. On more than one occasion he commented on the letters of complaint they occasionally received, half-grinning near the end when he said he only mentioned them because “they hurt so much.”

The audience – made up of those whose own horticultural endeavors were routinely judged by others – laughed, but each of them understood.

I understood. If our gardens are an expression of our dreams (and I do believe they are) then we ask our visitors to tread softly as we spread them under their feet.

I am fortunate in this regard. My friends will not email harsh words of criticism to greet me on a Monday morning – not if they know which side of the bar their gin and tonic is poured from on a Saturday night; but a public garden is rarely given the same courtesy, even if it is as intensely personal as is Great Dixter. 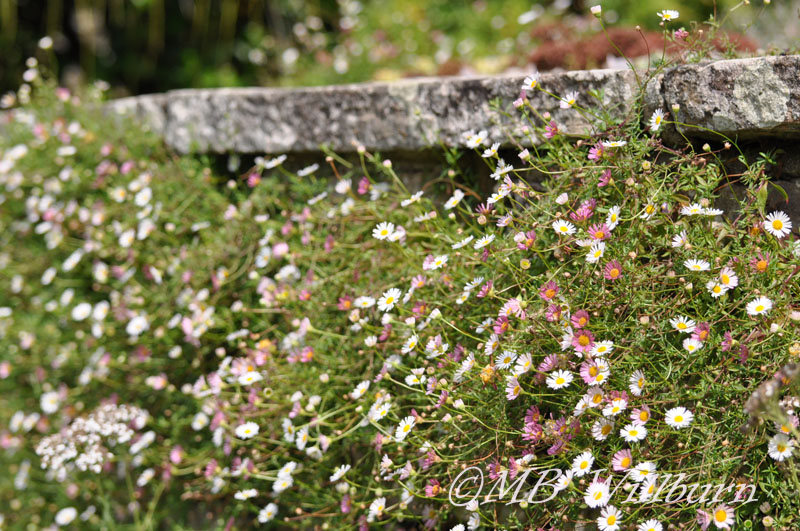 The choices made at Dixter are not always comfortable, or popular, Garrett told us.  Many visitors will find them exhilarating – a few will find them messy. But when experiments fall flat and work from no other angle than that of an Instagram close-up, they are binned and a different combination is tried, either in succession, or for a new season.

We can appreciate this level of analysis as home gardeners even if we cannot replicate the intensity level (due to a severe shortage of interns and paying guests). What is tougher for us to understand is that combinations that do work at Dixter will not necessarily be repeated next season.  Chanticleer Gardens in Pennsylvania follows a similar philosophy.  Should we do the same? 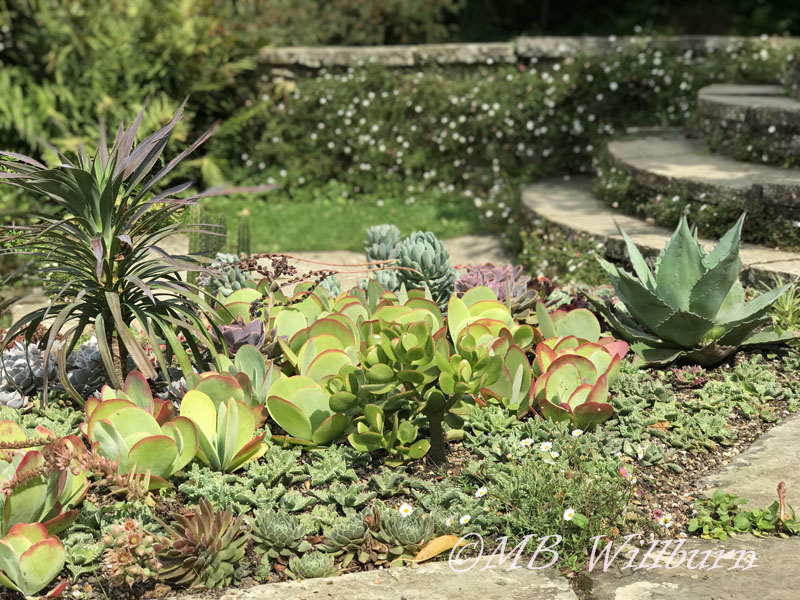 A vibrant and modern succulent display against Lutyens-designed circular steps.

It very much depends on your game. If energy and excitement is the goal, change is necessary, but we can achieve this in small ways in specific areas, particularly with our annual accents.

Personally I have no problem sticking with something that works for a couple years (or at least until I’ve marched everyone I know past it), but I’ve got to admit to an itch for change in year three – even if it’s no greater than swapping out yellow cannas for red. 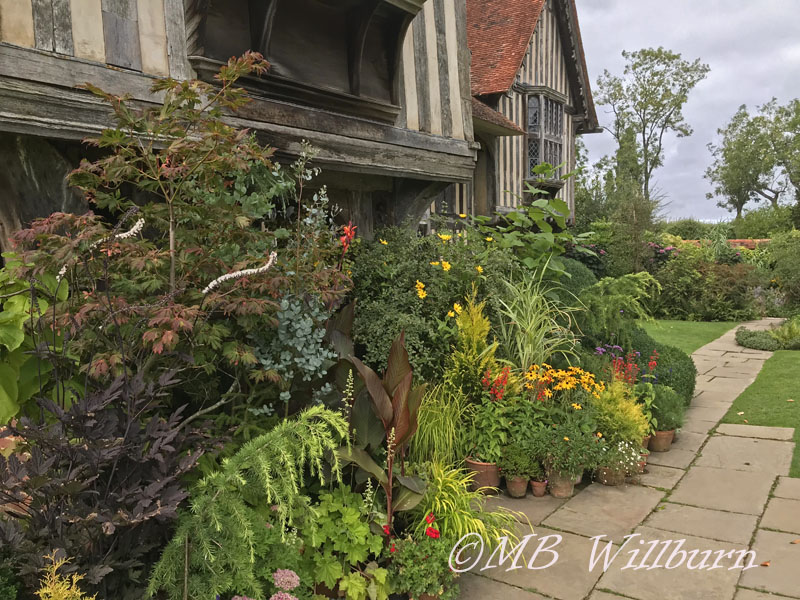 I will spare you flowery descriptions of the emotions I felt finally opening that wooden gate and stepping into the gardens of Great Dixter three weeks after Garrett’s lecture.  The feeling of knowing a garden yet not knowing it is indeed a strange and exhilarating one. 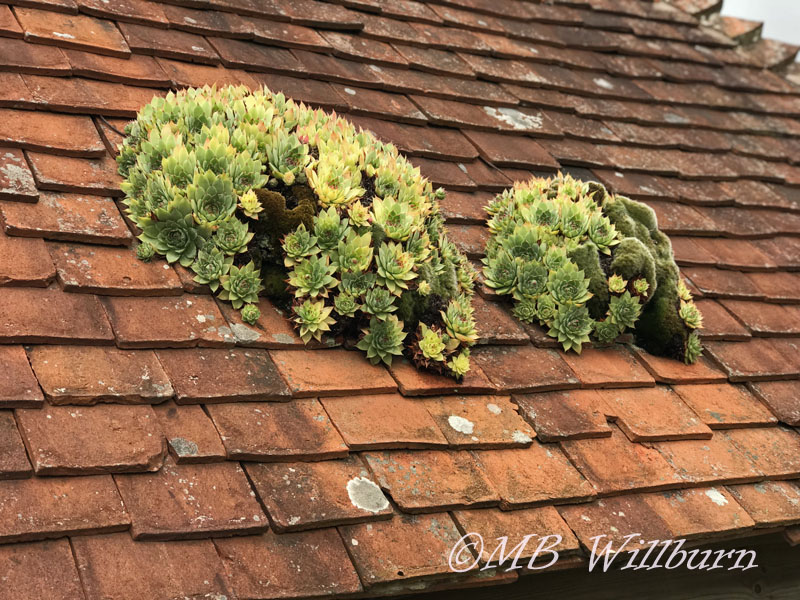 Some things will hopefully never change at Great Dixter – such as the comforting presence of houseleeks on tiled roofs.

I would rather focus on the fascinating plants and plant combinations that surrounded and swirled around me, but even there I find myself struggling to describe them in a way that also communicates the vibrancy and energy of the gardens as a whole. Moreover it is unlikely that my impressions would reflect those of another visitor – in fact I can guarantee that they wouldn’t. 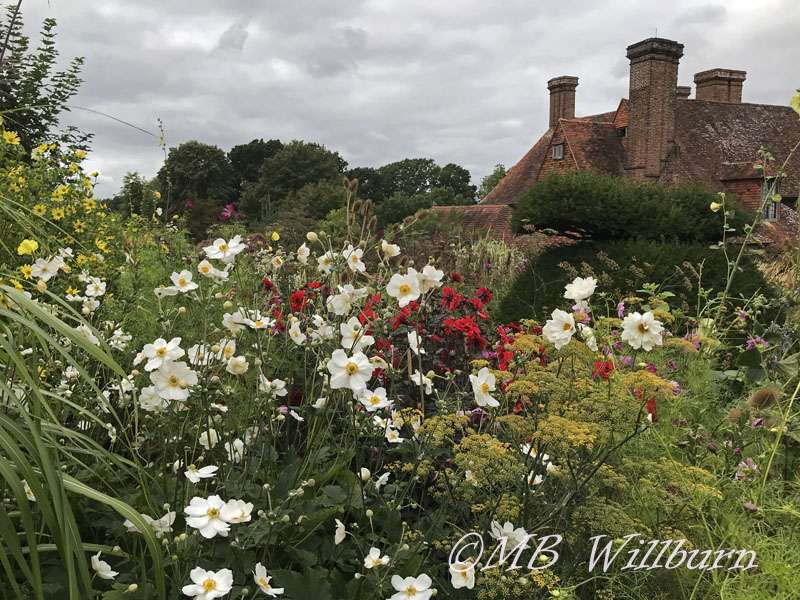 Great Dixter is a gardener’s Rorschach test. There are no wrong answers to the question, “What did you see?” – but in giving yourself time to answer thoughtfully, you may come away with a better understanding of why you yearn for specific elements in a garden and how far you can push those elements to create something entirely new and wonderful. 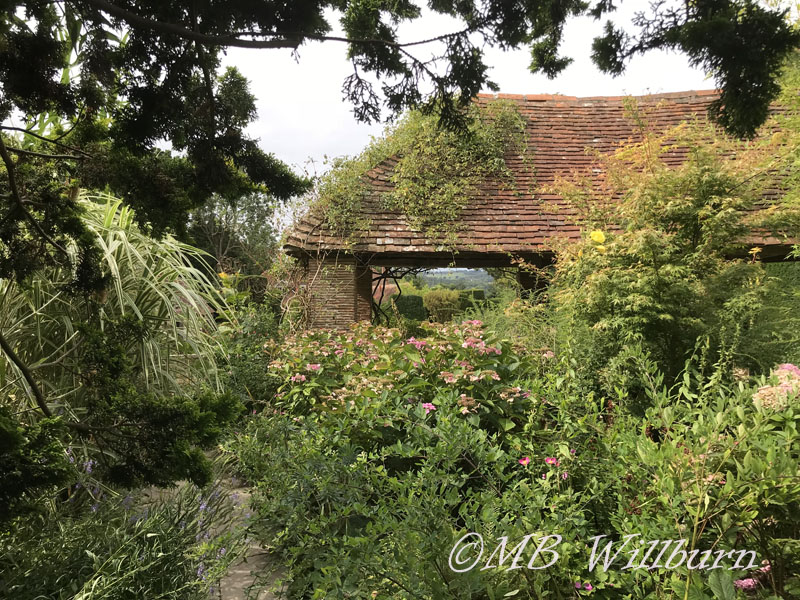 Lloyd, Garrett and the many talented horticulturists at Great Dixter have given us all the courage to try, whether we succeed or fail.

In fact, I’m fairly sure that’s the point.

Eager to see Great Dixter for yourself?  We can discuss your reactions over tea in the garden itself. I’ll be visiting Great Dixter and other great British gardens next May with CarexTours.  For more information, visit Carexdesign.com

A version of this article was originally published in The Frederick News Post and is reprinted here with kind permission.