East Coast / West Coast: We’ve All Got Our Issues

East Coast / West Coast: We’ve All Got Our Issues

If you look carefully, there are very few places teeming with more stories than an airport terminal. In more innocent days when such things were still allowed, I’d hang out occasionally at the international arrivals gate watching people reconnect after time apart. The idea that I should have so much free time on my hands to watch complete strangers in their more intimate moments astounds me now, but there it is. 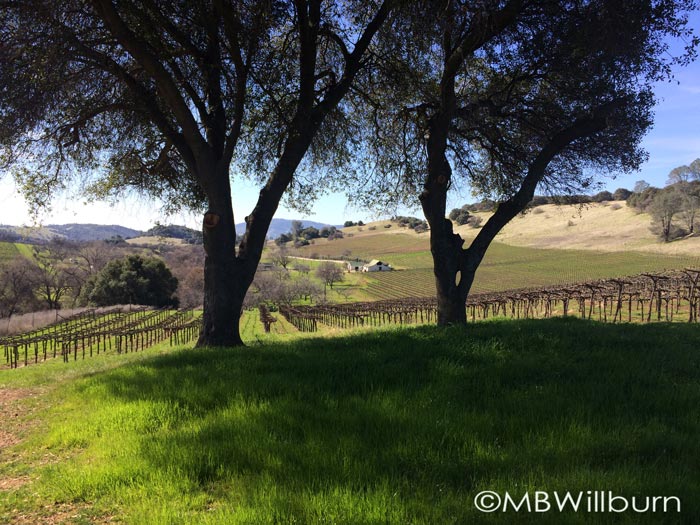 On my way to the land of milk and honey…or at least, wine and cheese.

These days, finding myself at an airport means finding a plug before someone else does in order to file an article on time or wistfully watching toddlers with overlarge backpacks following their harried parents.

But this is not about airports, nor is it about transforming grueling journeys into nostalgia with a good pair of rose colored glasses.

It’s about winter. And our issues with same. And I just happen to be sitting in an airport trying to get away from all of mine. Shortly I’ll be winging my way back to parents, siblings, edible nephews and nieces, and an early February temperature that is liable to put the California ski industry into Chapter 11 once and for all.

There, in that land of milk and honey, winter is conspicuously absent this year. Hillsides of rosemary are carpeted in bloom – lemons hang ripe and heavy in patio pots. Even as I type, my sister is carefully watching her bursting beehives for signs of swarming. She is also carefully watching her well for signs of failure; but then, I have to think this is just what rural Californians do in between pitchers of sangria on four-season decks. 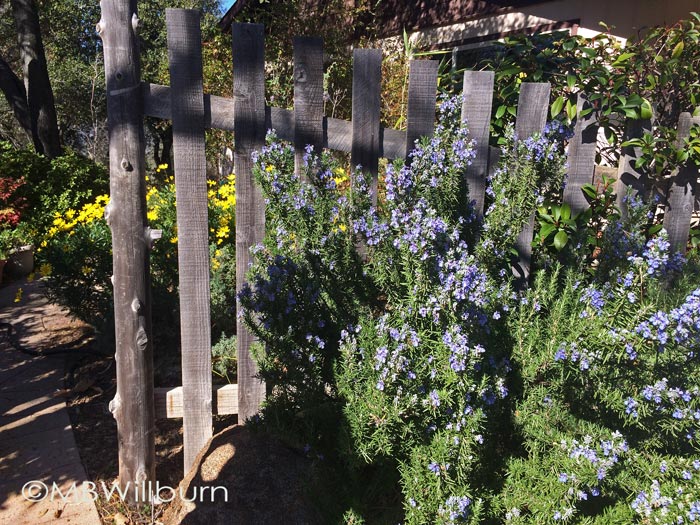 There is a vinegar-tinge to my words certainly, but you and I, well-versed in the ways of ice and wind know why. Before I left for the airport this morning, winter and I had a quiet walk together in the garden and I did not come away from that conversation feeling cheerful. This has been a tough season with some extended cold snaps, and with weeks still to go, it could get even tougher.

Last weekend when an audience member at a Maryland Horticultural Society seminar asked me brightly if I conducted tours through my garden, I nearly spat out my coffee. I don’t even want to tour my garden at the moment.

Where’s Winter? Camped out at my place.

Frankly, it looks like a war zone. Thanks to the ash borer, we’ve just had another round of bank account cripplers taken down, and the mess is indescribable. Even setting aside the real work of log splitting and brush burning for a moment, I’ll be picking up bushels of brittle six-inch sticks for the next three years and my back aches thinking about it. 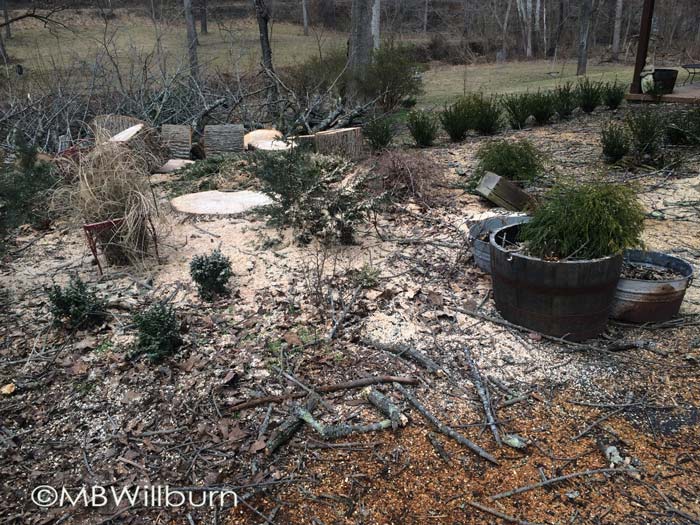 Meanwhile, back in real life….

Recently planted zone-pushers for which I had sandy soil and high hopes are all in various stages of rot or death by desiccation. The evergreen bones planted in this four-year old garden are still tiny – and look more like afterthoughts than specimens of great interest. Meanwhile, the chickens are scratching at the root balls of everything else. Certainly I could pen them up, but if something is actually taking pleasure in the garden right now, it seems a pity to spoil it.

With such worries and inadequacies hanging over my Mid-Atlantic head, it is easy to sit in an airport and fantasize over the sangria-infused life of the Californian gardener, but the realities are very different, and I must reluctantly admit to them.

Not a hundred yards from a pot of those infamous patio lemons, my sister and her husband are feverishly clearing brush in a vain attempt to retain their home insurance for another year. The once great state of California is no longer so much the land of milk and honey as the land of fire and mud, and the insurance companies are fleeing by the hundreds. 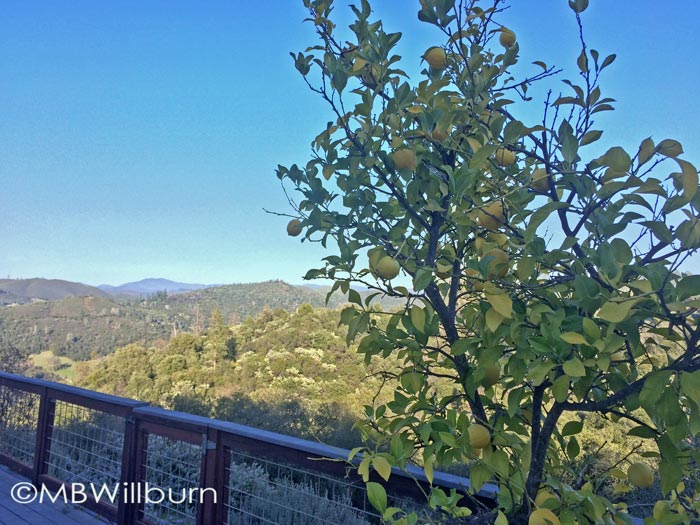 Last year, this lemon and the canyon views off my sister’s deck were within one wind change of being blackened. Others weren’t so lucky. Wildfires are a constant threat in this part of the world.

There is always the threat of wells running dry, and my snarkiness aside, no amount of sangria can make that any better. There are simply a lot of people competing for a finite amount of resources. The ones that actually have land and wells to keep them up at night are the lucky ones.

In a casual conversation with a fellow traveler heading home to San Rafael this morning, she admitted to paying rent of $4000 for a two bedroom apartment with ‘amenities.’ “Pool?” I asked, trying to wrap my head around what she’d just said. “No, no pool.” “Community garden area?” I tried again. She shook her head no. She had a patio though and wanted to grow things.

I rummaged around, gave her a copy of my book and only just stopped myself from giving her the name of my realtor. Go East, young woman! Go east and find a town without a Whole Foods!

Winter in rural Northern Virginia gifts me with many issues, but not one of them is a $4000 bill in my mailbox every month for the luxury of two bedrooms and a manicured common area. Four thousand bucks can buy a lot of sangria – and that stuff goes down just as well on a Virginian deck as it does on a Californian one.