Clean Up and Clear Out

Clean Up and Clear Out

We go back a long way…

Parting with the various bits and pieces that make up the clutter of our lives is one of the most difficult tasks imaginable.

It is also one of the most freeing.

I have never been particularly good at minimalism. When I was in my twenties and the contents of my household should have fit inside a sea bag with room to spare, a move (of which there were many), necessitated garage sales filled with household items that belonged in the homes of people decades older than I. Once again we would settle, and once again I would nest.

I gave minimalism a shot somewhere around 1999 when a particularly grueling overseas move with a toddler in tow inspired me to rethink my need for cast iron cookware and Rudyard Kipling collections. But sadly, I slipped back off the wagon by the end of the decade and have been running from the hoarding demons ever since.

The development of my garden has only worsened matters. 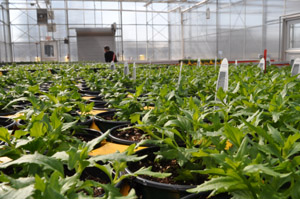 But slowly, these little treasures mount up. And worse – they multiply. A one gallon Amsonia becomes fourteen four inch seedlings. A six inch pot of native Aquilegia becomes six feet of rattling seed pods. An innocent tuft of Stachys takes over the shade garden and starts stealing the Hydrangea’s lunch money. And those are just the ones we get in the ground. How many of us have plastic pot gardens sporting nursery finds, plant swap treasures and malicious-friend giveaways? How many of us have finally given up the thought of planting them and set up permanent sprinklers for long term care?

I am often fond of quoting the late Christopher Lloyd who always maintained that a dead plant was an opportunity – but I would have liked to have asked him, “What if the plant won’t die?” For many of us, this final event is the only way we have any chance of making room in an over-stuffed, over-weight garden.

But this doesn’t have to be the way it is. Over the last two weeks, I have screwed my courage to the sticking point and tackled the plant clutter that makes me grimace every time I take a long hard early morning look ‘round my garden. It’s tough to pull out a plant that is not doing well; but it’s tougher to pull out a plant that has sent up a scruffy, solitary blossom like a peace offering to lay at the feet of Shiva the destroyer.

Nevertheless, I have begun to cull the herd. 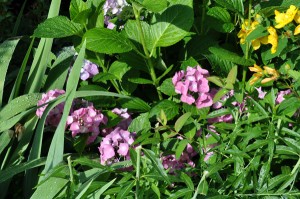 Taking my cue from a number of gardeners over the years who have penned words of encouragement to those of us of a weaker temperament, I have started to renovate one or two areas of the garden that have taken advantage of my good nature for far too long. Not surprisingly, the experience of freeing up new space in the garden becomes somewhat addicting – bringing new thoughts and plans to mind as I ruthlessly uproot plans made long ago. Luckily I have a couple of friends with new gardens who are happy to take my offloads to make the process less painful.

Surely the point of the whole exercise of gardening is one of two things: beauty or production. If a shrub is meant to screen out your neighbor’s assortment of faded garbage cans, but can’t seem to pull itself out of the minor league after seven seasons in the ground, why have you kept it? If your strawberry bed produces a weak crop year after year because the variety wasn’t quite as good as the catalog promised, why have you held on? Don’t be afraid to make some changes; it’s your creation after all, and no-one ever said that there weren’t any do-overs in horticulture. Redo! Relinquish! Refresh!

But for those of you who can’t bear to change your stripes, much less your plants, I suggest you change your moniker next time you have visitors staring at the higgledy-piggeldy jumble that is your garden. ‘Plant collector’ sounds so much better than ‘plant hoarder’ doesn’t it?