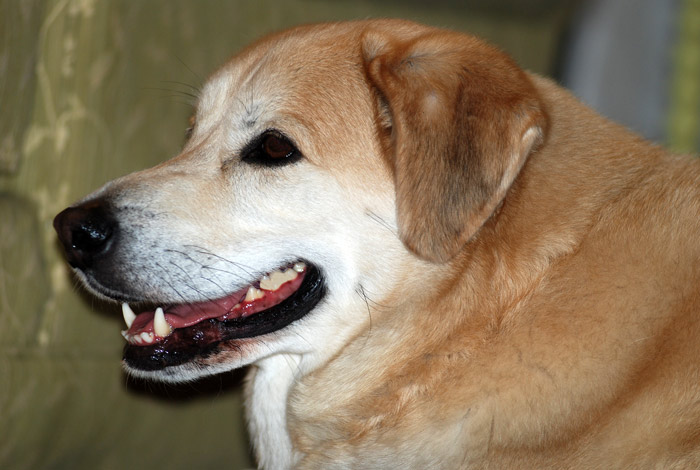 It sounds like something The Girl would say, and dogs have way more dignity than to do their nails together and watch 50 First Dates until 2 in the morning; but it would get confusing if I said what he really is: my brother from another mother (and another father I guess, since we’re dogs).

If I had to pick one dog to form our own amazing pack, it would be Frisco.  Yeah, that’s a teenage girl thing to say too but I’m pretty confident he’s not going to read this and call me a sissy cause a) he can’t read and b) he knows I’d kick his butt.

I’m not saying he’s got my back, cause he tends to roll over and show a lot of other dogs his belly, but he’s a big guy and all those size-ists out there take me more seriously when he’s around – even when he’s lying in front of them showing them his belly.  That’s probably for the best.  I can look after myself, and if I can’t, well, at least he’ll live through the experience and not break his mother’s heart. I don’t need that on my conscience.

Because…wait for it…his “mom” (ugh.)  thinks she’s his ACTUAL mom.  However, she sorta thinks she’s my mom too and the position is not without its perks.  Treats, better food, WAY better bed, and the chance to watch hockey twice a week (GO CAPS!). If it were up to Her, I’d get bread and water and Wimbledon tennis in June.  Yep, adopted son status comes with benefits.

Frisco is named after a beach.  Which is pretty ironic ’cause he’s so insanely hairy he can hardly handle looking at hot sand from a rental house, much less experiencing it.  But then, what do I know, my name isn’t exactly fabulous, and anyway a beach has water and Frisco loves the water like I love that ball o’ mine.  If it’s twenty degrees outside and he comes over, he’s sitting in my creek within five minutes.  Again, he’s got a hell of a coat.

We’re the same age (though I’m an older soul, obviously), and came into the lives of these people who take care of us at the same time.  We did the puppy thing together and the ‘aren’t they cute’ thing together and then he went his way (stayed cute) and I went mine (got street smart).  If you’re into sweet-natured, rabbit-soft and meet-your-grandmother-docile, well then,  Frisco’s your dog.  If you’re into lean, fit and attractively dangerous, …that would be me.

But it takes all kinds to make a world, and the majority of the world loves dogs like Frisco.  It’s why we’re friends.  He’s Face Man to my Mr. T. 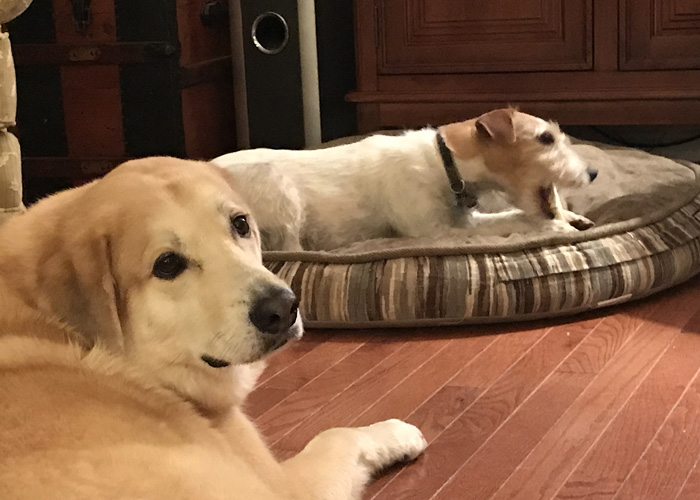 His bone. His bed. Man I sorta suck as a best friend.