A Brief History of My Summer

A Brief History of My Summer 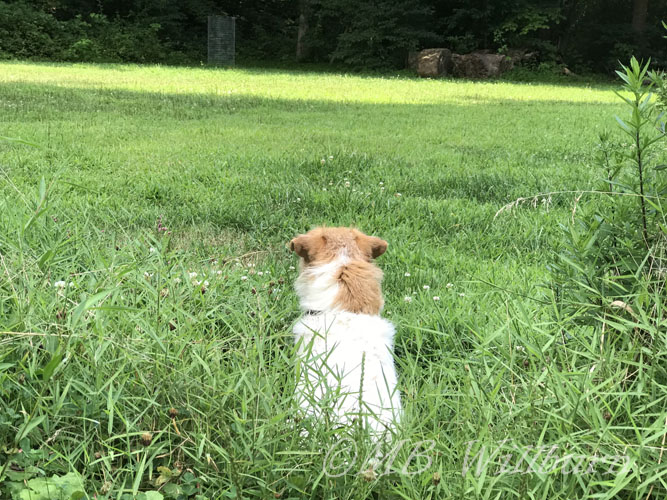 Waiting for a groundhog.  It’s what I do.

Yeah, I know – big words for a dog, but I’ve gotten used to using a bit of Latin when I’m hanging with Molly.  She’s a Corgi – probably royal bloodlines – and appreciates me for more than just my body.  Sometimes we’ll just sit there in the sun chatting about the summer tick-load or the dead groundhog in the Palmer field and suddenly I’ll whisper a badass non-sequitur like “Non ducor, duco baby.”

Works every time. She likes a brain with her brawn.

Anyway, digressing hard.  I haven’t felt the desire to dictate anything to Siri for awhile.  Computers tend to get in the way of actually living life (at least that’s what She’s always muttering) and I am All. About. Living.  So…all two of my adoring fans suffered.  I’d like to take a moment right now to apologize personally to Sabitha who came up to Her yesterday at a lecture She was giving in Bethesda (as opposed to the ones She gives every day around this place) and said “What’s going on with Mungo – why hasn’t he written?”

Sorry Sabitha. Here’s an endearing photo as an apology: 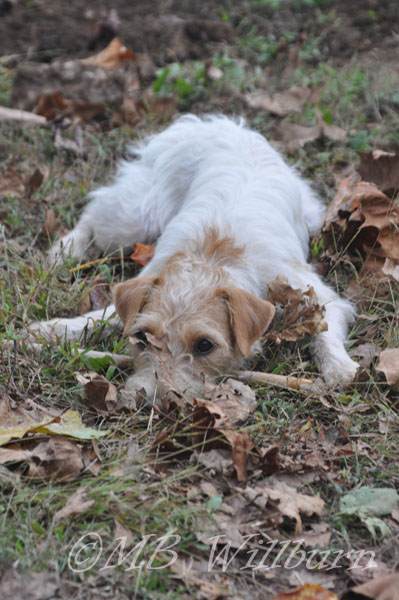 That was me in my fluffier days.  The Boy came home in August for a week and did a Brittany Spears on my outer coat.  Still can’t talk about it.  Let’s just say: He’s not trained, my face looks like a weasel, and I think he’s got some issues about what the Air Force did to his own head o’ curls.

One word dude: Therapy.  The military will pay for it. Leave my mane alone next time.

Apart from that excerpt from a horror flick, it’s been a good summer.  She left for five weeks to tour gardens in Europe (at least that’s what She told Him), and I got Her pillow, Her share of the duvet, and all the liverwurst that She loves and He and The Girl won’t touch.  Let me tell you, the three of us had some serious fun while she was hobbling around lawns on her bum foot saying pretentious things like “Can you believe the size of that Gunnera manicata?!?” and “I do believe that’s a Plantiacious Whothehellcaresii!”

That all came to a screeching halt the minute her suitcase hit the front hall, but I’ve got my memories….

P.S. Google’s got your back with the Latin.